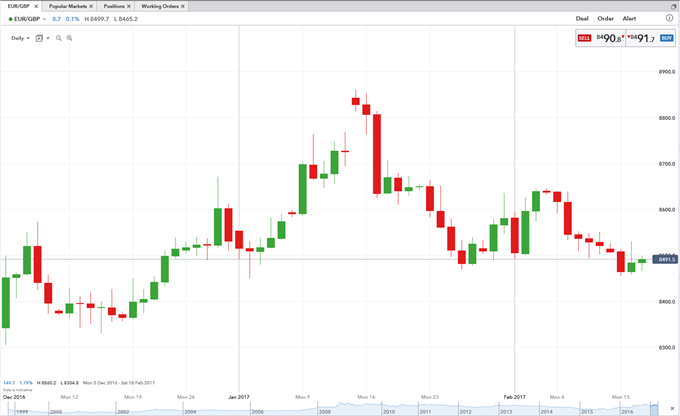 The number of people in employment in the UK increased by 37,000 in the three months to December 2016, pushing the unemployment rate down to its lowest level in more than a decade, official figures showed Wednesday.

The continued strength of the UK labor market is yet another sign that Brexit worries over the strength of the UK economy were overblown. However, looking ahead, the government will need to be wary of the need for additional workers in the UK when it enacts Article 50 and takes back control of EU immigration. A lack of skilled or semi-skilled workers in the country, especially ahead of any fiscal policy boost, could cause a sharp rise in wages, adding to the inflationary pressures already building in the UK from a weaker currency.

Sterling slipped lower against both the EUR and the USD post-release, but losses remain limited and both pairs remain within their recent trading ranges. EURGBP dropped briefly through support at the 0.8460 level in Asian trade, before recovering, and looks likely to trade back towards December’s low around the 0.8300 area.

GBPUSD also remains trapped in a tight one-month range between 1.2250 and 1.2750 and will likeley need some major political news to knock it out of this range. 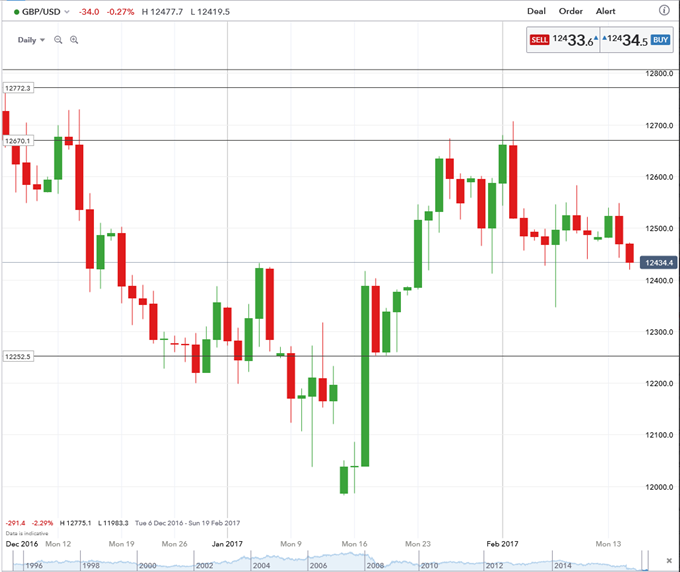