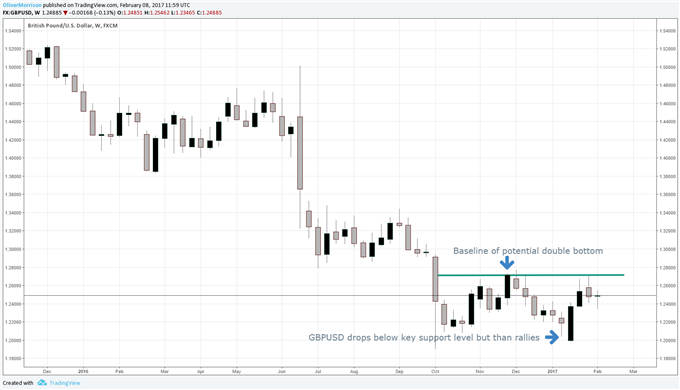 - But the Pound is holding the gains it made on the Dollar and Euro yesterday.

The British Pound is holding onto yesterday’s gains, unhindered by a report from the Bank of England Wednesday suggesting that UK wage growth will weaken this year.

The Bank’s latest summary of business conditions survey, a regular report based on meetings between its regional agents and around 700 businesses across the UK and similar to the Fed’s Beige Book report, said British employers expect to offer less generous pay this year compared with 2016 despite rising inflation, which will put pressure on consumer spending.

The Bank expects average pay growth of 2.7% in 2016 to ease to 2.2% in 2017, with the number of pay awards between 3% and 4% (which were the average before the financial crisis) expected to fall “significantly”.

"Consumer spending growth had remained resilient, but was expected to ease during the year as prices rose," the BoE said. Its survey backs up a report from Kantar Worldpanel on Tuesday, which claimed food prices in the UK are now rising again after a period of deflation that ran from September 2014 to December 2016.

The central bank last week said wage growth would be a key factor in determining if it needs to lift interest rates from their current record low 0.25%. Yes, inflation has increased. But the root cause is the plunge in Sterling after the Brexit vote, meaning the Bank can hold fire on rate hikes to stall it.

But while today’s report is, in terms of fundamentals, Pound-negative, the currency has held its advances from yesterday. The Pound had fallen through a key support level around 1.2400-25 versus the Dollar on Tuesday morning, but then rallied sharply after Kristin Forbes, a member of the Bank’s Monetary Policy Committee, said she disagreed with the BoEs policy to keep rates low. She reckons inflation is getting out of hand and the best way to control it is by raising interest rates.

Her hawkish comments sparked a quick and intense move in GBPUSD (see chart). Technically, the rally confirms support now in the 1.2445-50 area. That’s significant, as the pair now looks to be completing an important Double Bottom pattern on the weekly chart, which would indicate a move from a bearish trend into a bullish one. That move will be confirmed if the pair continues its ascent to break the Double Bottom’s baseline around the 1.2720 area.

Pound strength was also evident in the EURGBP pair yesterday, which it also looks to be maintaining today. EURGBP looks to be forming an important Head and Shoulders reversal pattern. If it breaks the neckline around the 0.8350-0.8300 area, that could signal that the pair’s previous upward move is ending and it’s entering a bearish trend. 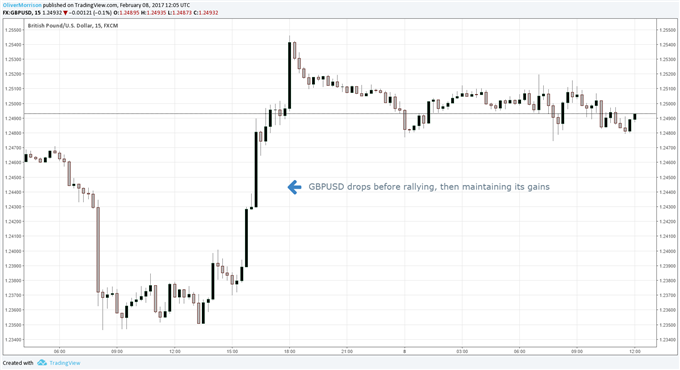 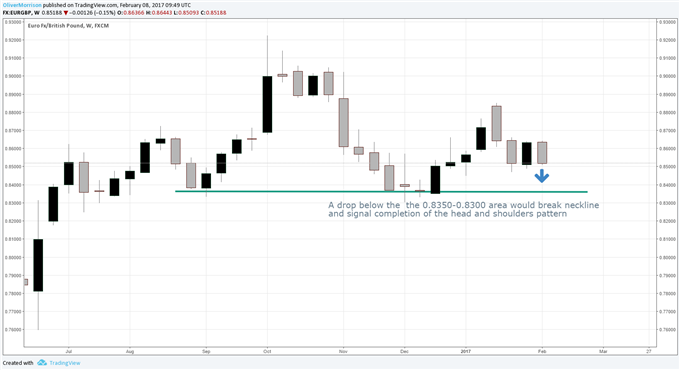