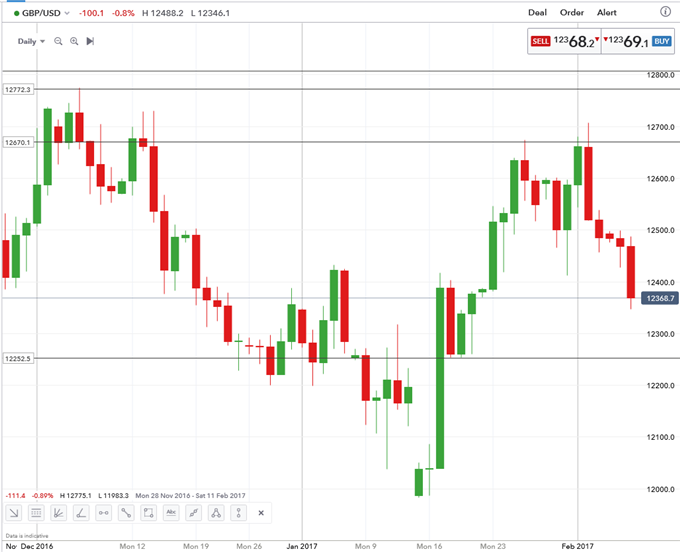 - Article 50 remains unchanged so far but opposition to the Bill remains vocal.

- Any amendments to the Bill could cause delays when presented to the House of Lords.

The British Pound fell in early European trade Tuesday, weakening against both the USD and the EUR, as Brexit consultations in the House of Commons continue. So far the government has defeated any amendments to the proposal but fears remain that any changes to Article 50 now could cause a delay in triggering divorce proceedings from the European Union when the Bill is presented to the House of Lords.

One of the amendments currently being called for is for the government to guarantee the rights of EU nationals resident in the UK at the time of the Brexit referendum to remain in the UK. The Prime Minister made it clear when she presented her 12-point Brexit plan that she wanted these rights to be confirmed at the earliest possible date, but a lack of guarantees from the other 27 member states over reciprocal rights for UK nationals living abroad has stymied the government’s plans.

Any delays in passing the Bill are likely to weigh further on Sterling despite the recent slew of positive UK economic data. The British Pound has found it difficult to break out of its recent trading range against a strengthening US Dollar as the market readies itself for 2-3 US interest rate hikes this year. Any knockback for the UK government’s timetable could see recent support at 1.2252 for GBPUSD vulnerable.

And despite ongoing problems in Europe, Sterling has recently weakened against the single currency. The EUR has been under downward pressure due to a mix of political worries and the insistence of ECB President Mario Draghi that the central bank’s ongoing ultra-loose monetary policy will continue, or even be extended if necessary. While the flood of cheap cash is needed by the Southern half of the EU to boost their economies, Germany is becoming more strident that the central bank reigns in its monetary largesse, as inflation continues to hurt the Euro-Zone’s largest economy. A recent base around the 0.8500 level could provide support for the EUR and pave the way back to the recent high around 0.8850. 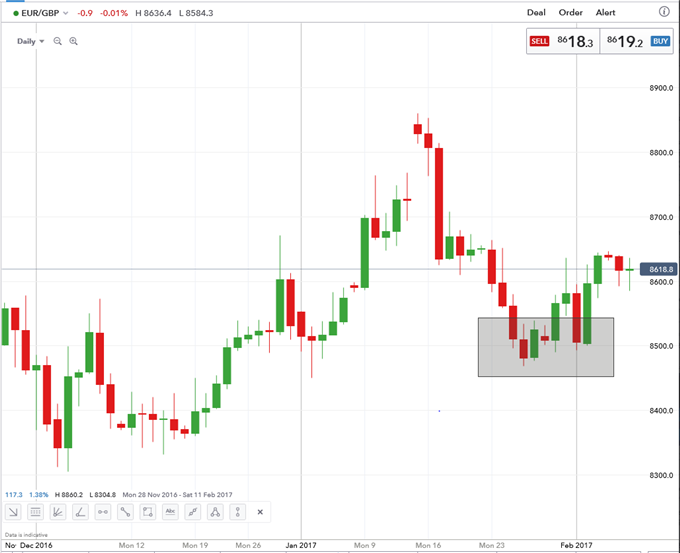