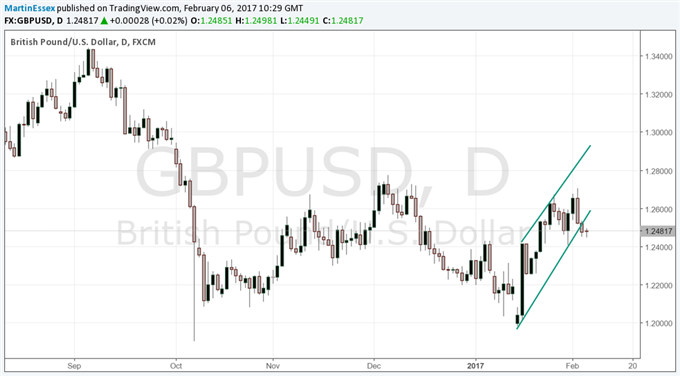 GBP/USD slithered below support early in Europe Monday, breaking downwards convincingly out of a channel in place on the daily chart since January 16. The drop comes ahead of a UK Parliament debate on a series of amendments to the Brexit Bill, although they are not expected to pass and delay the Brexit bill becoming law.

Members of Parliament have reportedly tabled 142 pages of amendments to the Bill, which is itself fewer than 140 words long, and these will be considered by the MPs in a three-day committee session that begins today. All are expected to be defeated, although any major rebellion by lawmakers from the ruling Conservative Party could put in jeopardy Prime Minister Theresa May’s self-imposed deadline of filing for divorce by the end of March. If all goes to plan, the Bill will then go to the House of Lords. 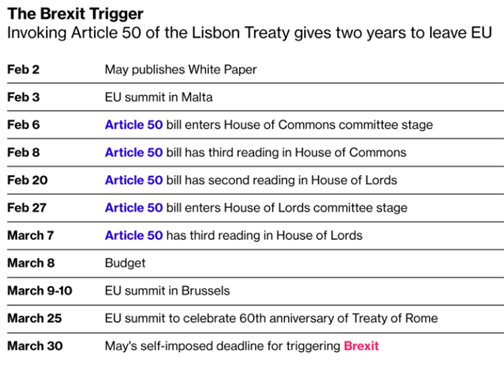 Asked Monday about the possible amendments to the Brexit Bill, May’s spokeswoman said the Government would not allow attempts to keep the UK inside the EU to succeed. “We think there should be a straightforward Bill about giving the government the power to deliver on the decision of the British people,” she said, adding that parliament will have a vote on the final deal with the EU. “We are not going to allow there to be attempts to remain inside the EU or rejoin it through the back door,” she continued.

However, the Bill could face stiff opposition in the House of Lords, where the ruling Conservatives are the biggest party but short of a majority, with only 252 peers out of 805. While they are unlikely to give the Bill an easy passage, they are expected to give way eventually to the elected house, avoiding a constitutional crisis.