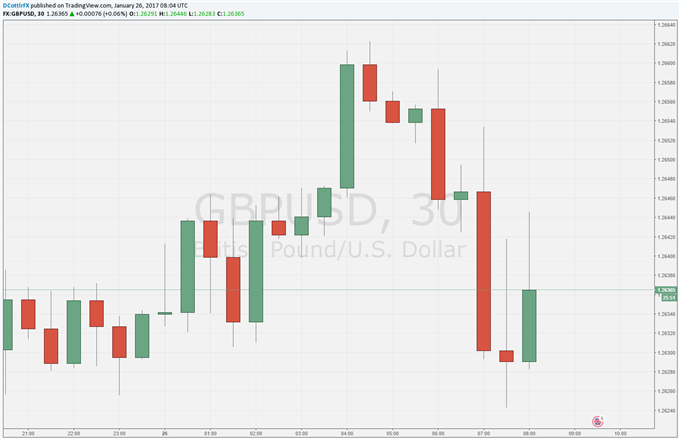 The Dow’s historic rise to 20,000 in the previous session worked its predictable magic on Thursday’s Asian markets, which are a sea of green as the day draws to a close.

Shares in Japan have added close to 2%, with those in Hong Kong and South Korea also forging higher. On the Chinese mainland, it was a similar tale, with both the Shanghai and Shenzhen benchmarks up for the day. Australia, Vietnam, Taiwan and India missed out; all of them were closed for holidays.

The session started off less upbeat for the US Dollar. It initially failed to track stocks higher, with recent comments from US President Donald Trump’s new administration to the effect that it is too high perhaps explaining why not.

However, the greenback was stronger later in the session against a basket of its most widely traded rivals, rising against both the Japanese Yen and the Australian Dollar. The British Pound gained on Wednesday, reportedly on hopes that Friday’s first contact between Donald Trump and UK Prime Minister Theresa May could open the doors to a post-Brexit bilateral trade deal between two economies. It held most of those gains through Asia’s Thursday session, but relinquished them as European trade began.

The British currency will remain in the spotlight as the European session kicks off, as a first look at UK economic growth in the first quarter will be released early at 09:30 GMT. Other than that, the remainder of the day will be all about the US, with trade data, jobless claims figures and the new home sales snapshot all due.

Gold was under pressure once more as rising shares detracted from its haven appeal, while oil managed gains, of the order of 0.5% for both US benchmark crude an international Brent.

Giving up some gains: GBP/USD

What do we think and why do we think it about the major market events of the day? Check out the DailyFX webinars.