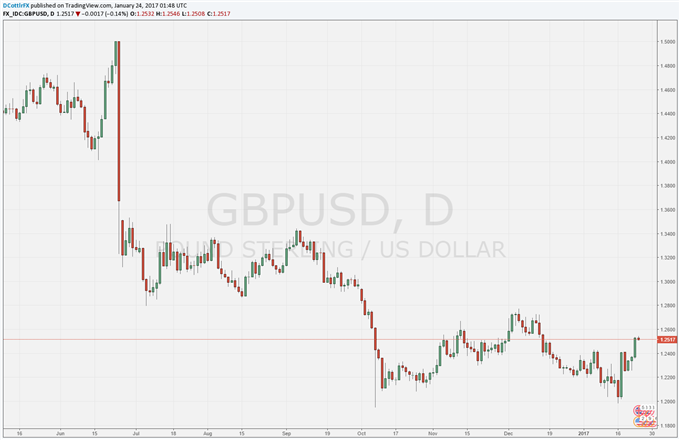 UK Prime Minister Theresa May will find out on Tuesday whether Parliament must agree to the triggering of Britain’s exit from the European Union.

The country’s Supreme Court will rule at 09:30 GMT on whether May can use her executive power – the so-called Royal Prerogative – to invoke the Lisbon Treaty’s Article 50. This would officially begin two years of divorce proceedings.

London’s High Court has already ruled that she cannot, prompting this latest appeal to higher authority. If May wins, she can follow her plans to fire up Article 50 by the end of March. However, if she loses, she may need to introduce a Parliamentary bill to do the same thing. Although thought likely to pass, this will slow the Brexit process.

While some in Parliament remain implacably opposed to leaving the EU, May’s Conservative Party has a narrow majority and the largest opposition party – Labour – has said that it will not block Article 50. That still leaves the pro-European Liberal Democrats and Scottish Nationalists likely to try to stymie May’s “hard Brexit” plans as best they can. The devolved institutions that partially govern Wales, Scotland and Northern Ireland are likely to want a say too.

So, while May is still likely to get her Brexit, a ruling against her will make it a more complex beast and bring more uncertainty back to sterling markets.

The Pound was clearly the worst immediate casualty of the Brexit vote shock back in June. Back then GBP/USD fell from the 1.50 level down to 1.27 in short order and continued to meander lower, reaching the 1.20 area by October.

The currency has perked up a bit since and markets seemed to like May’s most recent Brexit speech last week. In it, she crucially ruled out UK membership of the European Single Market in favour of the ability to limit immigration and cut bilateral trade deals. She also said that Parliament would get a vote on any Brexit deal.

But the speech also underlined the premium which markets now place on clarity, with the Pound rising in the aftermath even though May cleaved to the “hard Brexit” which investors had supposedly feared.

A sorry sight: Sterling since Brexit

The UK economy has remained resilient since the vote, defying forecasts and clocking up some of the strongest developed-market growth to be seen anywhere. The weaker Pound has helped insulate UK manufacturing and tourism from any Brexit uncertainty.

The base case sees May losing in the Supreme Court but still getting a bill through Parliament backing the original Brexit timescale. One risk is that the government narrowly fails to pass such a bill, triggering a general election. However, on current polling that looks like a vote May’s Conservatives would win.

Another risk could be that the Supreme Court ruling is more detailed and demands the consent of the devolved institutions before Article 50 can be triggered. That would mean more uncertainty, a lot more time and could cause the Pound a lot of trouble.

Have you always wanted to know more about trading financial markets? The DailyFX webinars could be just what you need.