- PM May will give an update on the UK’s Brexit plans in a speech next week that is likely to drive the British Pound in the near-term.

- Ratings agency Fitch says that UK companies will remain resilient even if the government opts for a ‘hard’ Brexit.

GBP/USD remains mired in a choppy trading conditions, as Brexit concerns continue to overshadow positive economic data releases. And the British Pound is set to remain volatile into next week as traders wait for UK Prime Minister Theresa May to set out her vision for the UK outside of Europe.

The PM’s official spokeswoman said Thursday that May will be making a speech on Tuesday (January 17), “setting out more on our approach to Brexit, as part of preparing for the negotiations and in line with our approach for global Britain and continuing to be an outward-looking nation." PM May has previously said that she will trigger Article 50 by the end of March, starting the official process of the UK leaving the EU.

Investors will listen closely to PM May’s speech for clues to whether the UK will be proceeding with either a ‘hard’ or ‘soft’ stance when exiting the European Union. A ‘hard’ approach would see the UK losing access to the EU, regaining control of immigration and reverting to WTO trade rules. A ‘soft’ approach would see the UK retaining a close relationship with the EU while accepting the 'four pillars' of free movement of goods, services, capital and labour, an outcome that PM May has previously said is against the country’s wishes and unacceptable.

PM May will have been pleased by a recent report by Fitch that said UK companies will continue to be resilient, even if the UK opts for a ‘hard Brexit.’ According to Fitch’s Alex Griffiths, the ratings agency has not seen any sector ‘where Brexit will be the bogeyman that causes everything to fall over.’ After the EU referendum, Fitch downgraded the UK to ‘AA’ from ‘AA+,’ saying the referendum outcome would induce an abrupt slowdown in short-term GDP growth causing businesses to defer investment.

The two other major ratings agencies, S&P and Moody’s, also downgraded the UK. After the Referendum. S&P cut the UK’s rating by two notches to ‘AA’ from ‘AAA’ while Moody’s cut the outlook on the country’s Aa1 to negative from stable.

And any slowdown in UK growth could be less than expected, according to Bank of England policy maker Michael Saunders. In an interview with The Financial Timesthis week,Saunders said that in the next year or two the economy will slow “but perhaps not slow as much as the consensus has been expecting” and that any Brexit fallout in the medium-term would be “modest.” In November, the Bank of England raised its forecast for UK economic growth in 2017 to +1.4% from +0.8%, but cut expectations for 2018 to +1.5% from +1.8%. 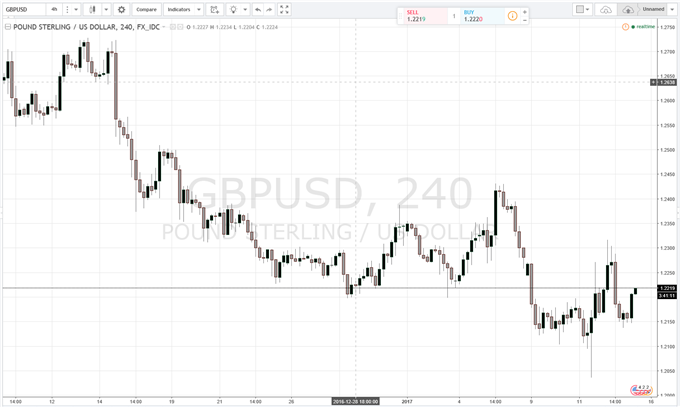