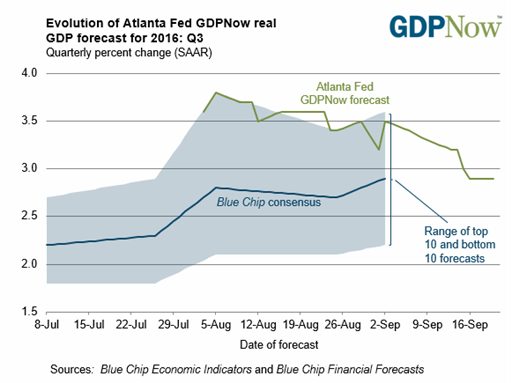 Earlier today, the Federal Reserve Bank of Atlanta released the latest update to its Q3’16 GDP tracker, and another downgrade has emerged. The GDPNow Model Forecast for real GDP Growth stands at +2.9% from +3.0% one week ago after the latest round of disappointing housing data. Q3’16 US GDP estimates have been trending lower in the last few weeks, falling from +3.6% at the beginning of August to +2.9% today.

The Atlanta Fed growth estimate isn’t the only one to have declined over recent weeks; both the St. Louis and New York Fed models have eroding estimates over the summer. Another gauge of economic activity likewise suggests that the US economy started to slow in Q3’16. The US Citi Economic Surprise Index fell from a cycle high of +43.1 on July 26 to +3.3 today. In sum, it appears that the early-quarter optimism over the US economy was overblown.

With that said, the Atlanta Fed GDPNowcast release will quickly take the back seat on Tuesday as the Bank of Japan and Federal Reserve kick off their respective monetary policy meetings, and thus, dominate market sentiment. There is speculation that the BOJ may cut interest rates further into negative territory; however, uncertainty remains high and the central bank’s comprenhensive assessment will likely set the tone.

Meanwhile, the Fed is broadly expected to keep rates unchanged and to maintain a hawkish hold while dropping a clear hint that it will hike rates later this year as risks to the outlook are nearly balanced. As far as 2017, policy makers could potentially downgrade their dots plot and show preference for a shallower normalization cycle as growth momentum is clearly fading (as evidenced by the flattening US yield curve over the past year). 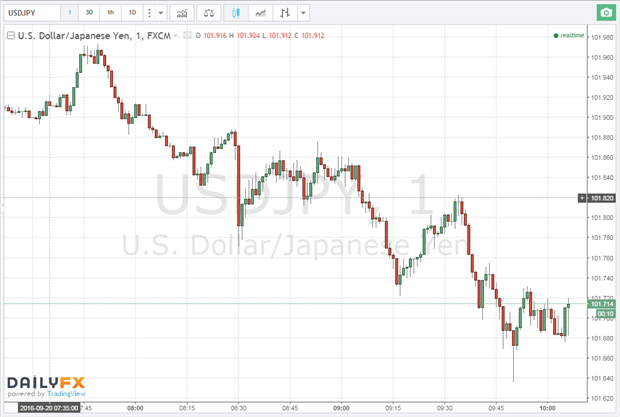 Immediately after the Atlanta Fed GDPNow Forecast USD/JPY continued trending lower and fell as low as ¥101.64. At the time this report was written, USD/JPY had recouped some losses and the pair was trading close to ¥101.714. Overall, the USDOLLAR Index was trading lower after the data. 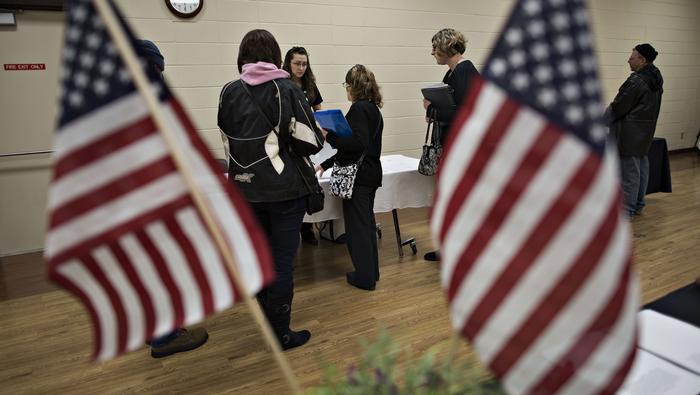