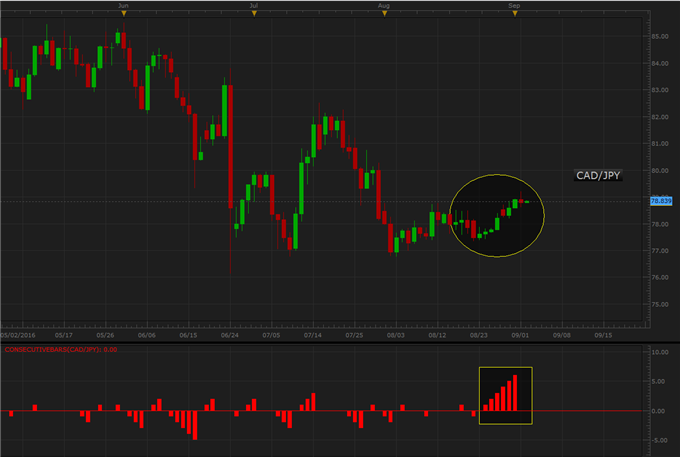 A number of the major currencies have strengthened against the Japanese Yen since the previous week. During this period key event risk came in the form of Fed speakers from the latest Jackson Hole Symposium, and comments from the Bank of Japan’s Governor Kuroda. This week has so far seen Japan’s jobless rate decline further to 3 percent, along with other economic developments. However, data related to key monetary policy objectives for the BOJ was light, and remains for the rest of the week.

Of the Yen pairs that saw consecutive daily strength, the AUD/JPY had 7 candles of subsequent bullish movement, as it climbed 1.83 percent since the first positive day. This has been the longest bullish streak since October 2015. During the AUD/JPY’s move higher real volume decreased slightly. The percentage of traders long the pair fell to 64.41 percent from 69.3. Average true range for the pair has reached 66 pips, its lowest point since September 2014.

The EUR/JPY had 6 days of consecutive bullish movement and it gained 2.01 percent. During the EUR/JPY’s move higher the percentage of traders long the pair fell below 50 percent, showing greater short positioning. Real volume fell slightly during the bullish run. ATR for this pair has also dropped to its lowest point since September 2014, showing roughly 79 pips of average movement.

The USD/JPY had one of its strongest multi-day bullish runs since early June, it grew a little over 3.37 percent over 6 days. Nearly 60 percent of traders are long the USD/JPY, down from just over 82 percent long during the beginning of its bullish run. Real volume has also increased to levels from early August. Average true range for the pair fell to a year-to-date low of 88 pips. 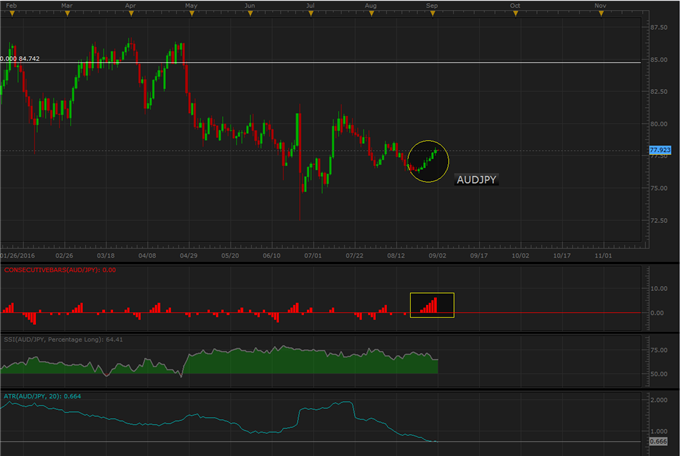 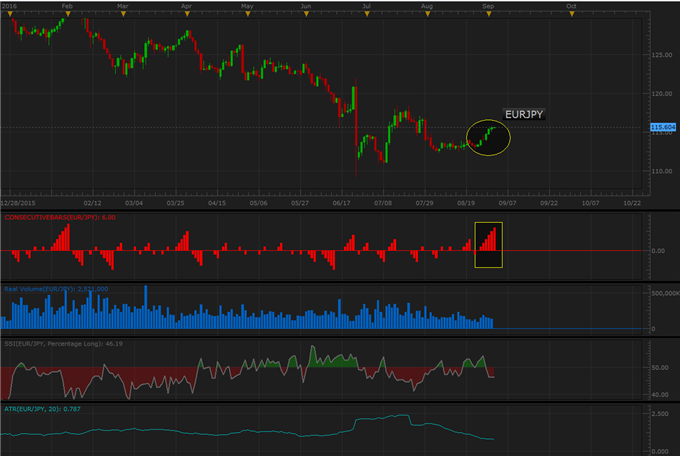 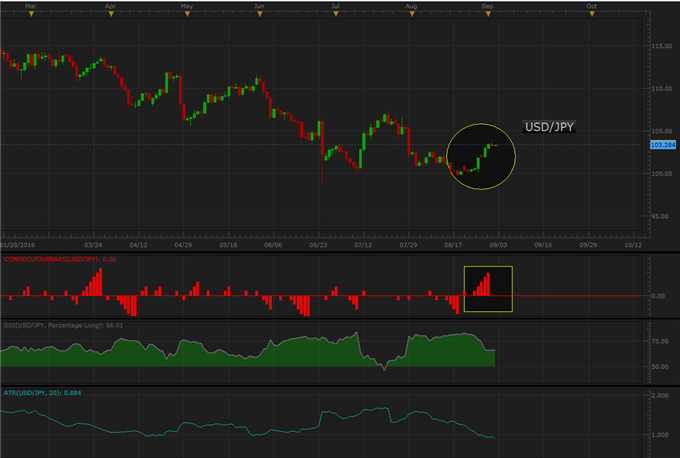