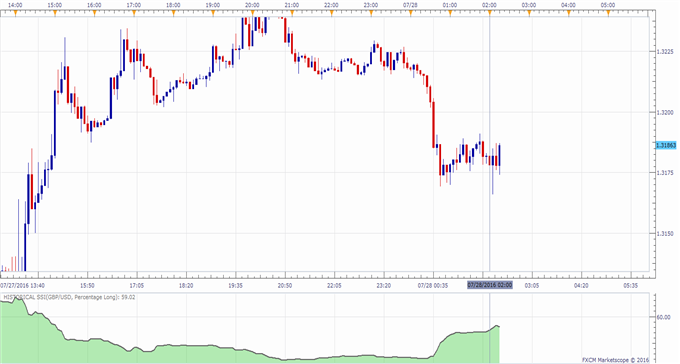 The British Pound was little changed versus the US Dollar after today’s Nationwide House Price Index printed better than expected figures.

The year-on-year number beat economists’ expectations as well by printing 5.2%, above the expected 4.5% rise, and slightly higher than the prior 5.1% figure.

Since the Brexit vote, the market appears to have “brushed off” figures that represent the state of the UK’s economy prior to the “Leave” decision. This was evident most recentl yesterday following the UK’s 2Q GDP figures.

On the other hand, prints that give new info post-Brexit seem to be more significant.

Taking this into consideration, the Nationwide HPI July figures might have been seen as providing new input.

However, looking into the report, Nationwide emphasized that the index is constructed using data at the mortgage offer stage, which means any impact from the vote may not be fully evident in July’s figures due to a short lag between a buyer making the decision to purchase a property and applying for a mortgage.

Commenting on the referendum, Nationwide said that the increased economic uncertainty following Brexit may lead to weaker demand for homes, and that leading indicators point to such outcome as household confidence fell sharply after the vote, especially attitudes towards making major purchases.

The GBP/USD is trading around possible resistance at 1.3200 at the time of writing.

Meanwhile, the Speculative Sentiment Index (SSI) is showing that about 59.0% of traders are long the GBP/USD. The SSI is mainly used as a contrarian indicator, implying weakness ahead.