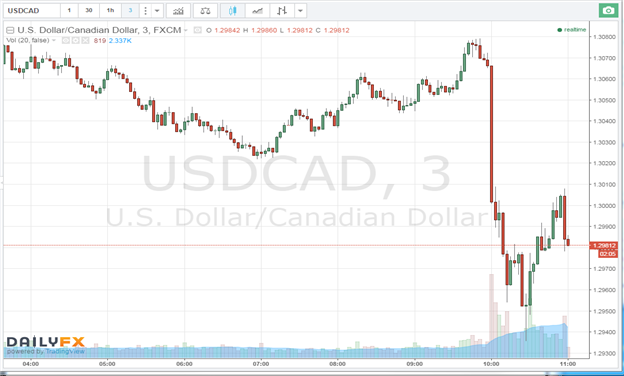 As broadly anticipated, the Bank of Canada decided to maintain the overnight rate target unchanged at 0.50% after convening for its July monetary policy meeting. The central bank last cut its key rate by 25-bps to 0.50% in July 2015 in response to weak economic activity and lack of inflationary pressures, and has since remained on the sidelines adopting a relatively neutral bias.

The tone of the statement this time, however, carried a slightly dovish tilt and underscored the negative impact of volatile trade flows, uneven consumer spending, and the Alberta wildfires to economic activity. Likewise, it also pointed to the worsening prospects for business investment and domestic exports in the short-term. Meanwhile, the impact of Brexit was mostly downplayed due to the inherent difficulty to forecasting any potential spill-over effects. The BOC sees less than a quarter of a percent reduced growth as a result.

Alongside the rate decision, the Bank of Canada released its quarterly Monetary Policy Report, which saw several domestic macroeconomic forecasts revised lower, and similarly, forecast for abroad suggested that the Canadian and overal global economic outlook has somewhat deteriorated from the April assessment.

Here is what’s driving the Canadian Dollar this morning

Following the BOC rate decision and the release, USD/CAD fell as low as C$1.2935. The pair has since recouped some losses and the pair is trading close to C$1.2997 at the time of this writing. Despite the rate decision statement and monetary policy report presenting a weak assessment of the economy in the short-term, expectations of rebound of the export sector in the long-term and lack of mention of additional monetary policy stimulus in the short-run have helped create momentum for the Canadian Dollar this morning.

Read more: GBP/USD in Flux as May Ascends to PM; USD/CAD Eyes BOC