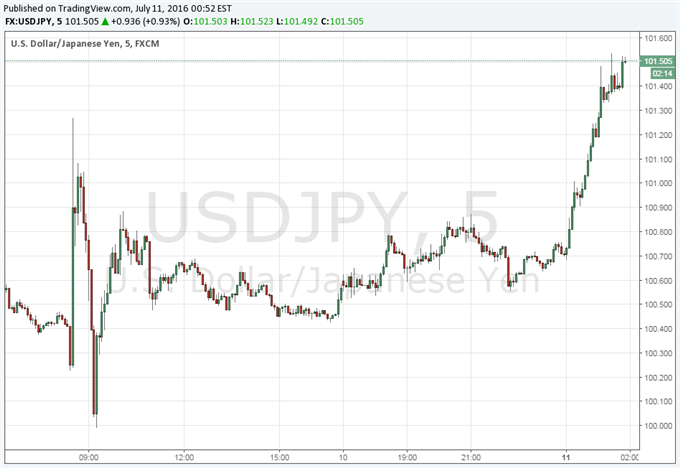 - Abe confirms he has instructed the preparation of economic stimulus

Japan’s ruling Liberal Democratic Party (LDP) won a major victory during the “House of Councilors” election this past weekend, as they secured 70 of the 121 seats available in the Upper House.

The election has paved the way for fiscal policy reform as the economy becomes a point of contention for Japan’s voters. One of the biggest fiscal measures being considered is a supplemental budget said to be as large as 5 trillion Yen and would extend to a number of social and public work projects.

Heading into the elections, the Abe win was seen as likely be paired with an increase in the Bank of Japan’s monetary stimulus operations, which continue to push borrowing costs lower with negative interest rates. The recent elections and the supportive super majority now appears likely to make these initiatives move forward more smoothly if they indeed take place.

In his speech today, the Japanese Prime Minister pledged to take broad and bold actions, and take the economic steps required to encourage future investment, while making the most of the zero interest rate environment.

Abe confirmed that he will instruct Econ minister Ishihara tomorrow to compile a stimulus package to support domestic demand while commenting that measures will attempt to speed up exit from deflation as quickly as possible. The Japanese Prime Minister also emphasized that he will push for more labor market reforms.

The call for increased fiscal stimulus has come in the wake of recent Yen appreciation, as the effect of monetary policy appears to fade in the open markets.

The election win, combined with Friday’s US NFPs and the speech by Abe, saw a positive reaction by risk sentiment with the Nikkei 225 rising alongside S&P 500 futures, while the Yen saw weakness as the details of the speech hit the wires. 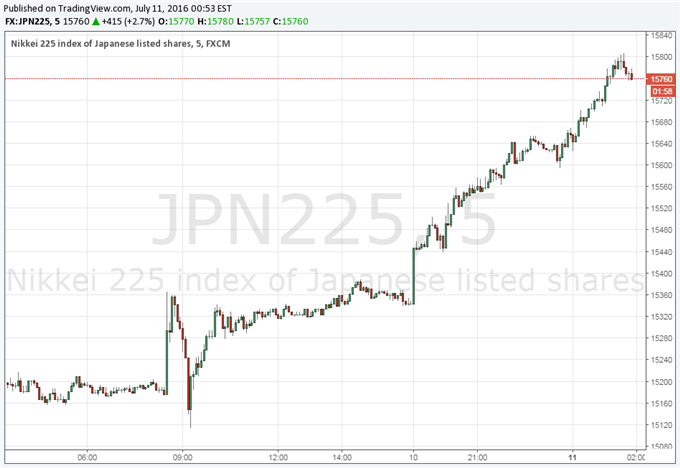