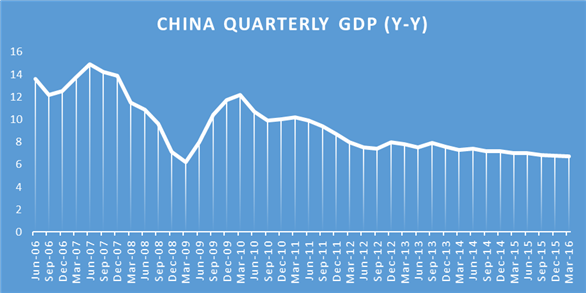 China’s economy grew 6.7 percent through the first quarter from a year earlier, in line with market consensus, although this was also the slowest pace since the global financial crisis. This outcome will likely keep pressure on the Chinese government to sustain or expand their stimulus program amid weakness in the global financial markets. China’s GDP reading through the fourth quarter measured a 6.8 percent pace, and was 6.9 percent in the quarter before that.

Fixed assets investment and retail sales data released at the same time picked up in March, reflecting an improvement in infrastructure investment and new project starts. The housing market also showed signs of recovery in previous readings and via financing figures. This mix of data provides a relief to investors around the world that the second largest economy is reacting positively to stimulus steps. China had rolled out aggressive monetary and fiscal policies in early 2016 to revive its economy and financial market.

The Australian dollar was perhaps the asset most affected by today’s Chinese growth data, due to a close trade relationship between the two economies and the AUD’s usage as a proxy to Emerging Asia. The AUD/USD rallied to a daily high of 0.7727 immediately after the data, although it has since subsided to the low 0.77s. Similarly, the New Zealand dollar surged to a 0.6889 high and held around that level. The ASX 200 index also jumped to a high of 5144.1. 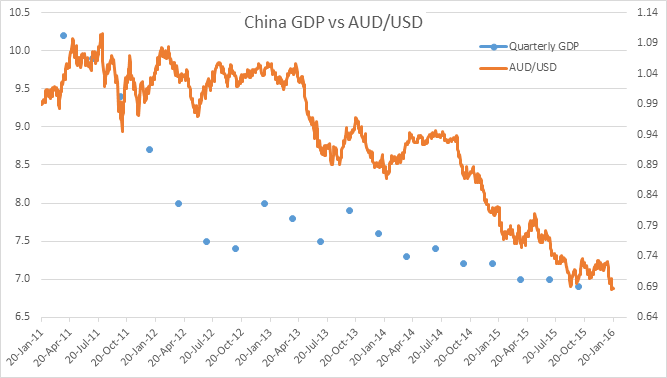 However reaction from other Asian risk assets was rather mixed. The Shanghai Composite has traded at a loss since today’s opening, while Hong Kong’s Hang Seng Index traded a wide range between a high at 21,423 and a low at 21,234 following the event.

Want to improve your trading strategy:Traits of Successful Traders