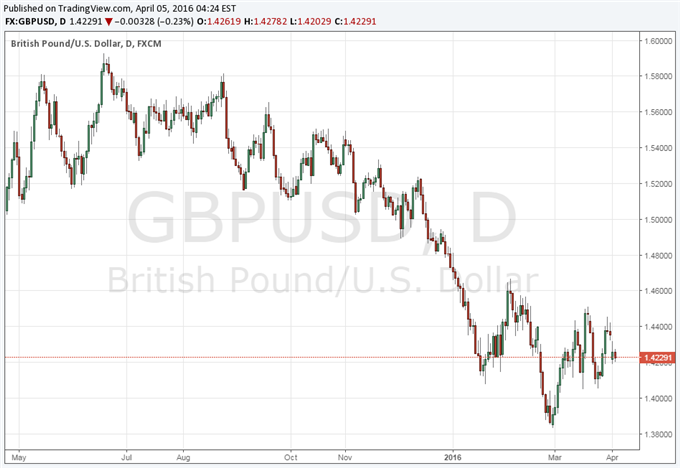 "Brexit" The Main Domestic Risk in UK According to The FPC

- The FPC increased the countercyclical capital buffer rate for UK exposures from 0% to 0.5%

- Global macroeconomic risks had increased since the November Meeting

The BoE’s Financial Policy Committee (FPC) meeting record released today emphasized the EU referendum as a major cause for concern in the UK. The responsibility of the committee is mainly to identify systemic risks in order to protect the UK’s economy. The Committee met on March 23 to form its outlook for financial stability in order to recommend a proper policy in light of the risks identified. The FPC noted that measures of bank resilience had continued to strengthen, and increased the countercyclical capital buffer rate for UK exposures from 0% to 0.5%.

The FPC remarked that the global macroeconomic environment had continued to be challenging and risks increased since November. Given the markets’ volatility since November, the FPC commented that the risks premia attached to risky assets had increased, with the low global growth and inflation environment raising questions about the resilience to adverse shocks. In this setting, the committee said that the reacceleration of credit growth in China was concerning.

With that being said, The Committee assessed the risks around the EU referendum (or the so called "Brexit") to be the most significant near-term domestic risk to financial stability, with the uncertainty effects mostly marked in the Sterling spot and options exchange rate. Options risk reversal, mostly versus the US Dollar reveal that the price for insuring large Sterling deprecations significantly exceed price of an appreciation, the report said. The committee expressed concern that these pressures had the potential to reinforce existing vulnerabilities for financial stability, explicitly mentioning the high UK current account deficit, since the financing of that deficit was reliant on inflows of investments, which may be stifled by the referendum.