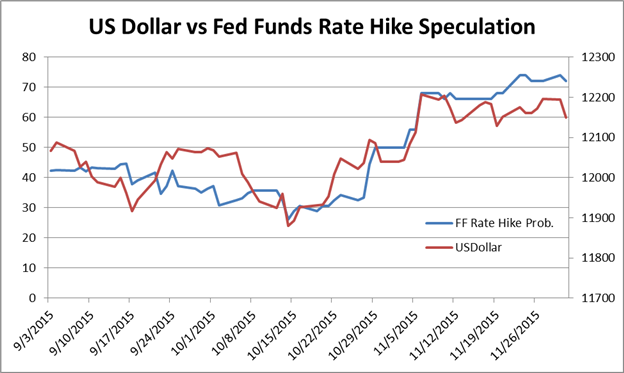 The US Dollar did not jump in response to comments from Board of Governors member Lael Brainard as she looked beyond the market’s focus of the impending FOMC gathering. The central banker gave a speech in Stanford, CA in which she discussed a new normal for interest rates which sees rates capped at a lower level than that seen before the 2008-09 credit. Brainard held the same stance as her fellow bankers by saying the path of a rate hike will be determined by economic data. She noted that possible international spillovers may constrain the degree to which FOMC policy can divergence with its peers.

In regards to comments relating to the Federal Reserve’s dual mandate of stable inflation and full-employment, Brainard said that the central bank “must guard against extended below-goal inflation”. She believes core inflation needs to be watched closely. On the topic of the labor market, she noted there has been “very substantial” progress – an evaluation bolstered no doubt by October’s unemployment rate of 5 percent and NFP print of 271k.

Both Fed rhetoric and key data will draw greater and greater scrutiny from the market as the FOMC’s December 16th rate decision approaches. The current implied probability of a rate hike at the forthcoming meeting is 75 percent. Whether the Fed increases the base lending rate or not, investors should expect volatility surrounding this heavily-anticipated event. The greenback has notably tracked the Federal Funds rate hike probability over the previous three months. 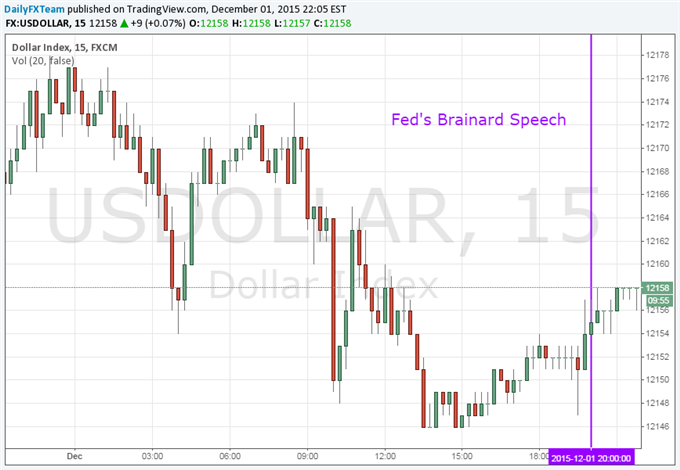