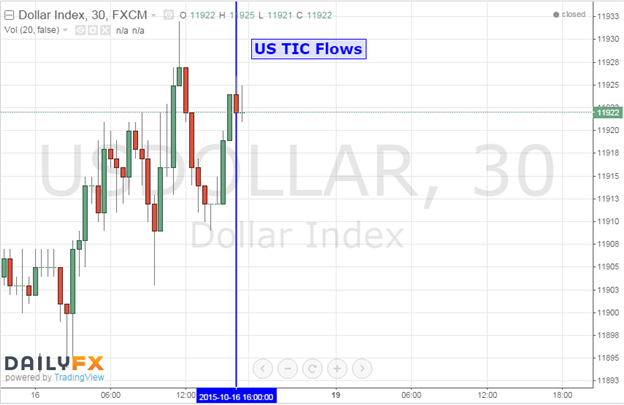 Markets were relatively sanguine through the release of the August US Treasury International Capital Flows (TIC) crossed the wires Friday afternoon. That calm belies the remarkable shifts in capital through the period. According to the report, net capital flows measured a $9.2 Bln outflow following July’s lower-revised $141.0 Bln inflow. A negative reading in August indicates that the capital flow balance of investments leaving the country exceeded those that are coming in. In other words, demand for the Dollar would waned as capital shifted out of the US assets.

Looking more closely at the data, it was reported that major central banks were net sellers of Treasuries for an 11th straight month. While China – the largest holder of US government bonds – saw its holdings grow slightly to $1.27 Tln, the broader Emerging Market central bank group proved the biggest overall seller of the assets. This aligns to the tumble in EM currencies through the period, moves that would find monetary policy authorities attempting to stabilize their exchange rates and avoid financial instability. The second largest holder of US Treasuries (Japan) reduced its holdings slightly to $1.197 Tln while number three (Belgium) cut its stock by 29 percent to $110.7 Bln.

According to overnight index swaps, the Fed is expected to hike rates at least once over the next 12 months. Like the US Dollar, 2-year Treasury yields showed little reaction after the TIC Flows were released. Looking ahead, it can be important to watch out for Fed commentary in addition to key US economic news flow to better gauge the possibility of a rate hike. On Thursday, Cleveland’s Fed President Mester said that the US economy can handle an interest rate rise.