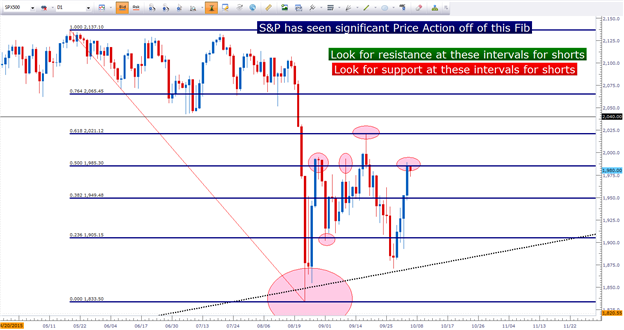 Welcome to the Consequences of ZIRP

1. Global stock markets continue to rally in the wake of Friday’s abysmal NFP report. The prevailing thought being that with a slowdown in job growth (further evidenced on Friday), the Federal Reserve will likely back off of the 2015 rate hike that they’ve been talking about for over three years. Since Friday’s NFP report, we’ve seen expectations for a hike at the October and December meetings of this year fall dramatically, and expectations are now falling for March and moving deeper into 2016. And this meets directly with the fact that, in general, the Fed has had a tendency not to hike in election years (which next year is) and this may actually kick that first rate hike all the way out to 2017.

But this massive rally on the back of, what essentially is ‘bad news’ on the employment front, is exactly the type of ‘excessive risk taking’ that the Federal Reserve was looking to offset when talking up this rate hike earlier in the year (and in previous years). With ZIRP keeping interest rates in many investment classes extremely low, investors had a dearth of options to choose from when doing retirement planning or portfolio management. This leads investors to hold onto heavier allocations of stocks in their portfolios, which in a bull market that’s being fully-supported by the Federal Reserve might not be such a bad thing.

But as the Fed begins to pull that support – and on the other side – as soon as interest rates start to creep higher – that situation changes dramatically. The investor can now get a higher rate in a fixed-income investment; and the volatility in stock markets could mean that the nice, stable return seen over the past five years becomes jagged and dangerous with the potential for heavy losses. This leads to significantly-less incentive to ‘buy the dip,’ as the Federal Reserve is looking to tighten policy by moving interest rates higher. And when combined with an Asian-slowdown, continued weakness in Europe and an outsized-slump in commodity prices, the risks of carrying a heavy stock allocation are, arguably, higher than they’ve been at any point in the past five years (when the Fed was explicitly supporting markets with ‘extraordinary accommodation’).

But are we at the point where the Fed is going to take a 2015 rate-hike off-of-the-table? We don’t know that yet – all that we have is evidence as to why they should (based on the general economist’s point-of-view) and what markets are expecting. But market expectations have been divorced from the Federal Reserve’s expectations for some time now. On the dot-plot projections, some Fed members are forecasting as many as four rate hikes for next year alone. The forward guidance that the Federal Reserve has instituted as a ‘transparency measure’ in 2011 with the goal of helping markets by telegraphing what the largest national Central Bank in the world is looking to do has become more of a fright-factor to markets, as these overly-aggressive forecasts can only serve to heighten the fear felt by the very same investors discussed earlier.

Just put yourself in that investor’s shoes: If you were three-to-five years from retirement, and you had a nice nest egg that you’ve saved up over your entire working life – would you honestly want to be invested in stocks for the next three years as the Federal Reserve is looking to hike interest rates over 150 basis points? Rate increases, in general, mean lower stock prices as the opportunity cost of capital increases along with those rates. And given that we’re sitting on six-years’ worth of ZIRP-fueled gains, those investors are rightfully frightened given that the Federal Reserve is openly looking to normalize policy. If you put that entire nest egg in the stock market, you could potentially lose 20, 30 or 40% should another 2008-like collapse happen in markets as the flurry of factors coalesces while the Federal Reserve is looking to normalize policy.

The problem is unavoidable. Stock prices are still near all-time-highs despite the fact that many economic indicators are flagging signs of weakness or at the very least, lackluster growth. This is a problem that the Fed is going to have to encounter at some point, as Quantitative Tightening will be necessary to off-set six years of Quantitative Easing.

The risk that we have is that if the Fed does back off of this hike, investors may just be encouraged to jump back into stocks and ‘buy the dip’ as they’ve become so accustomed to doing. This is excessive risk taking (due largely to a dearth of available investment options as a result of ZIRP), and this is precisely what the Fed is looking to offset by hiking rates, even if it’s just 25 basis points.

But if the Fed does continue talking up a rate hike in 2015 and if they ultimately pull the trigger, risk could be off in a very big way as investors brace for impact and sell out of stocks. This is where we can see the Euro and Yen strengthen as QE-fueled carry trades unwind; and with multiple Fed members set to speak this week – there is a realistic probability of this scenario happening.

The S&P has traded up to a familiar level of resistance:

2. Despite this, one of the best trade-themes in the world continues to be ‘moreQE’ – While the Fed is looking to normalize policy for very obvious reasons, the rest of the world is facing a more difficult investing environment, and this is likely at least partly-due to the fact that the Fed is looking to tighten policy. But in Japan, Europe, China and the rest of Asia – policy makers are likely looking at even more loosening as economic data continues to highlight weakness; and with the size and scope of the programs already rolled out, it’s likely that they’re so committed to these stimulus measures that they’ll continue adding until it eventually ‘works’ or ‘breaks.’

This is we’re seeing in both Japan and Europe; as both of these economies recently showed signs of deflation despite the fact that the Central Banks representing these economies are in the midst of full-fledged QE programs. Most investors expect more stimulus from each of these banks at some point in the future; and as data looks increasingly gloom for both Europe and Japan, investors are increasing bets that more stimulus is coming.

To play ‘risk-on,’ or that normalized environment in which investors are confident of assuming risk, traders could look to sell EUR/USD, and to buy USD/JPY along with stock markets around-the-world. This is, essentially, trading on the expectation that the Fed will be able to successfully tighten policy, albeit slowly, while Japan and Europe address their economic ails individually through additional stimulus measures.

One way of timing that short EUR/USD trade is to watch for retail sentiment to flip, as we discussed in the article Is the EUR/USD down-trend ready for resumption.

On the other hand, should the ‘risk-off’ environment come back with similar force that was seen towards the end of August and the middle-of-September, look to trade the other side of each of these pairs as carry trades unwind in a ‘flight-to-quality.’ This is exactly what we saw when risk was selling off en masse on August 24th and September 17th and 18th, and this is yet another consequence of ZIRP when many assets around the world are trading with a near-binary-like ‘risk-on’ or ‘risk-off’ nature.