Stay updated with major releases on our calendar

USDJPY dropped around 0.1 percent after the Bank of Japan’s third quarter Tankan Report crossed the wires with a modest bullish bias. The report measures business sentiment in Japan. The Large Manufacturers Index fell to 12 versus the 13 consensus; this marks the lowest level since the first quarter of 2015. Meanwhile, the Large Non-Manufacturing Index topped estimates coming in at 25 versus 20 expected –the highest level seen since the fourth quarter of 1991. Capital Expenditure plans amongst Japanese firms rose 10.9 percent compared to the 8.7 percent estimated for the strongest intention of spending since the fourth quarter of 2006.

On Monday, Bank of Japan’s Governor Haruhiko Kuroda hosted a press conference. Kuroda said that Japan’s economy is continuing a gradual recovery. He sees the trend of inflation improving without sizable hurdles in sight. The governor reiterated that the BoJ will adjust policy without hesitation if necessary. Overall the Tankan Report mostly topped estimates which supports Kuroda’s outlook on the economy. However, there remains a large disparity between the large and small size firms - as can be seen in the event table below.

Looking ahead, the central bank shows no strong bias for altering its monthly government bond purchases until it reaches the 2 percent inflation goal. In addition, the markets are not expecting any rate cuts or hikes over the next 12 months. The Bank of Japan will have 2 monetary policy meetings in October. The first one will be hosted next week and the second meeting will be on the 30th – the one year anniversary of the QQE upgrade. Both of these may offer the markets fresh opportunity to speculation on the central bank’s intention with one of the world’s most accommodative monetary policy regimes. 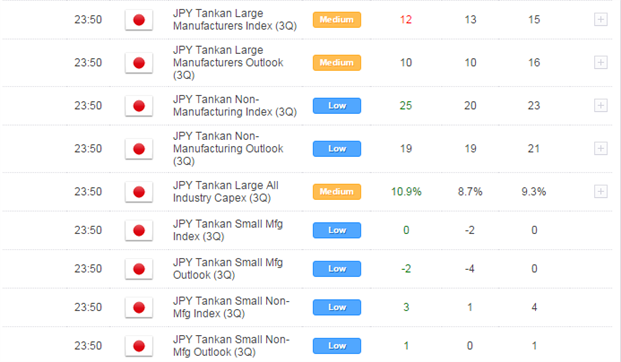 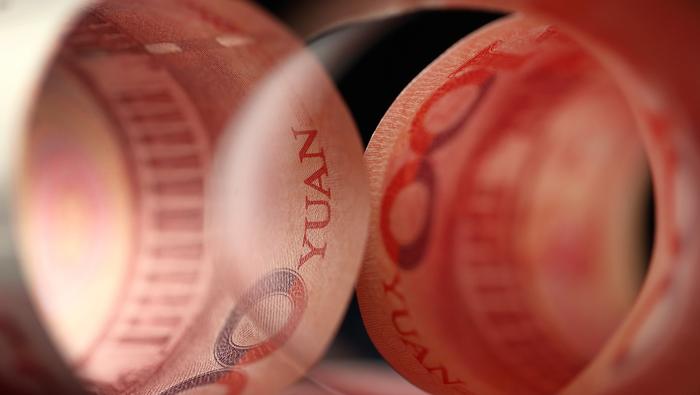