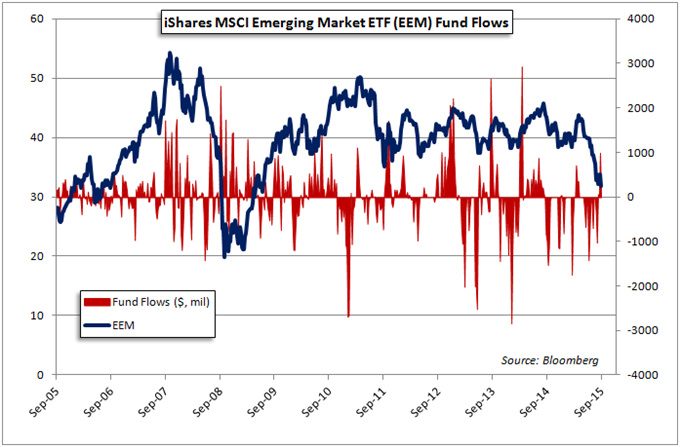 Emerging market capital flows were negative for a third consecutive month in September. Cumulatively, the third quarter of 2015 saw the largest outflows since the second quarter of 2008. The Institute of International Finance (IIF) estimated total outflows at $40 billion, with losses in emerging market equity and bond portfolios at $19 billion and $21 billion respectively.

Capital flight out of emerging markets comes as growth in China shows further signs of slowing, with last week’s China PMI data showing the weakest reading in six years. The follow-on drop in commodity prices and possibility of a Federal Reserveinterest rate hike this year seem to be compounding negative sentiment.

The iShares MSCI Emerging Markets ETF (EEM) and the Vanguard Emerging Market ETF (VWO) saw negative total net flows of -$2.7 and -$3.4 billion respectively over the past three months. These instruments represent an accessible way for retail investors to gain exposure to emerging markets. Outflows on this front thereby represent a broadening of concerns beyond the so-called “smart money” to the markets as a whole.

The rout has taken a heavy toll on the currencies of the so-called BRICS countries, the leading emerging market economies thought to be leading in the race to catch up with their G10 counterparts. The South African Rand and Brazilian Real plunged to record lows in the past week. Meanwhile, the Indian Rupee is revisiting peak lows set in 2013 and the Russian Ruble is back at levels unseen since the crisis-induced spike in late 2014. 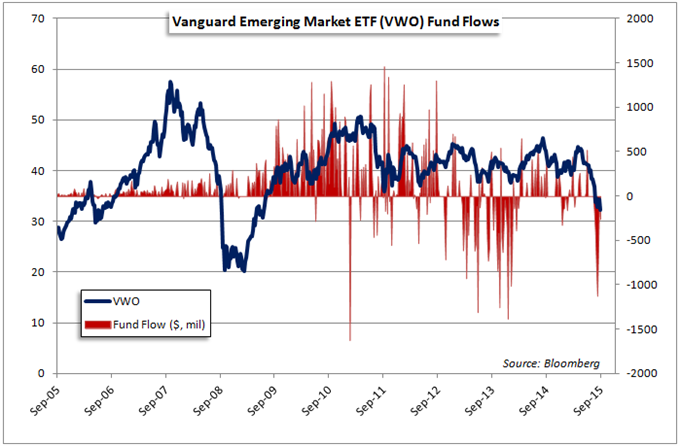 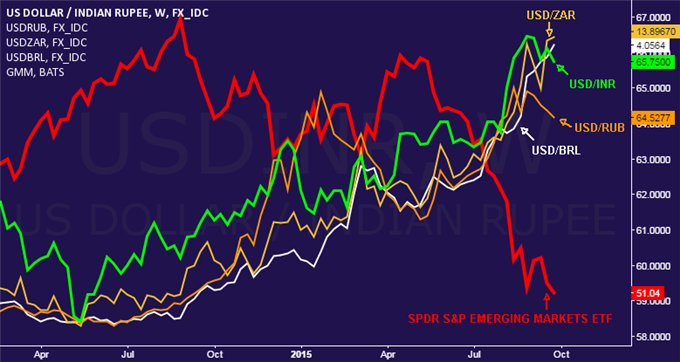