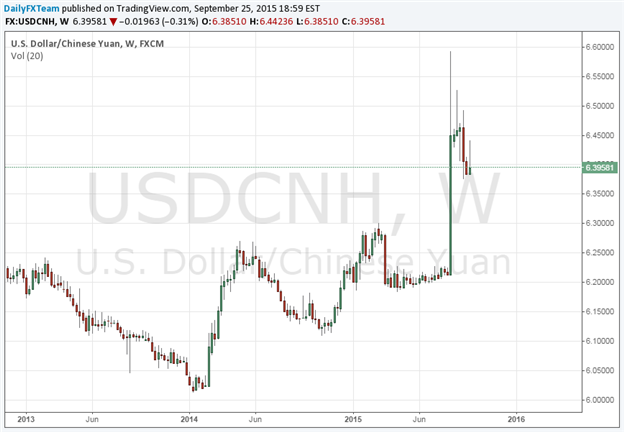 Chinese and US President Met to Discuss Strengthening Bilateral Relations

Chinese President Xi Jinping made his first state visit to the United States starting this past week. The State head began his visit in Seattle on Tuesday and made his way to Washington D.C. Friday to meet with US President Barack Obama and address the United Nations. Along the way, President Xi met with US business leaders to discuss China’s willingness to cooperate with US companies to improve intellectual property protection and other investment related issues.

When President Xi arrived in the capital his discussions with President Obama focused on topics such as climate change, nuclear security, strengthening development cooperation, investment relations, and bilateral relations related to military, cybersecurity, and counterterrorism. As China’s economy has shown signs of slowing – with 2Q GDP contracting to 7 percent from the 2Q 2014 reading of 7.4 percent – President Xi likely appreciates the importance of strengthening relations with the world’s largest economy. An important topic for market participants mentioned between the leaders was President Xi’s vow to cut restrictions on foreign investment, which American CEO’s supported by urging President Obama and President Xi to sign a bilateral investment treaty.

China has been pushing forward reforms to strengthen relationships with the U.S. at a time when Chinese markets have been hit by fears of slowing growth. At the same time, authorities are trying to accelerate the opening of the country’s financial system. The government of China is working to improve the status of the Chinese Renimbi to make it a viable candidate for inclusion as an IMF reserve currency. President Xi stated that he wants the US to be committed to this inclusion as the US pushes for China to commit to greater transparency of its economy. Agreements over improving foreign investments in China would have benefits for the US trade balance and US dollar.

Where are the major currencies and gold heading? Check out the forecasts here. 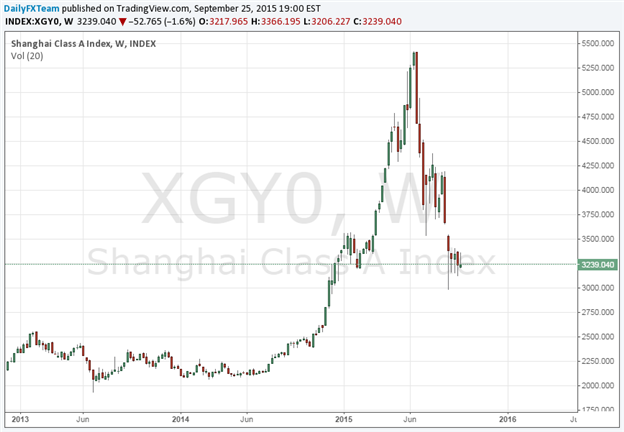