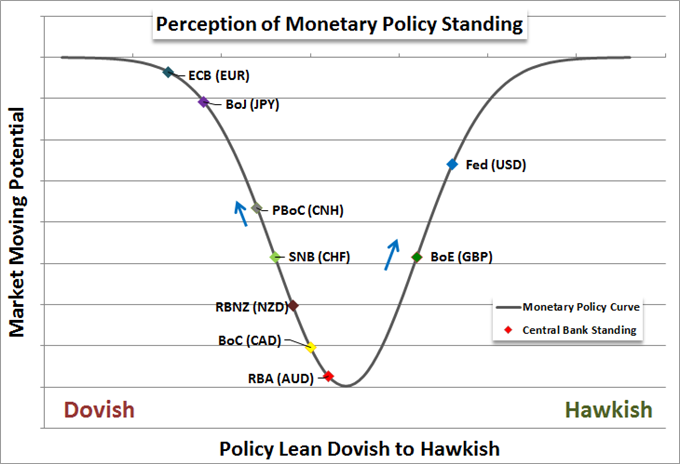 On the back of a unanimous forecast amongst economists and 100 percent probability priced in through swaps, the RBNZ cut its benchmark rate 25 basis points to 3.00%. However, the market didn’t respond as would be expected. Given the response, markets were considerably more dovish in their expectations than the monetary policy group would deliver. In turn, NZDUSD posted a rally following the move to ease. Comments following the decision indicated further easing was likely. 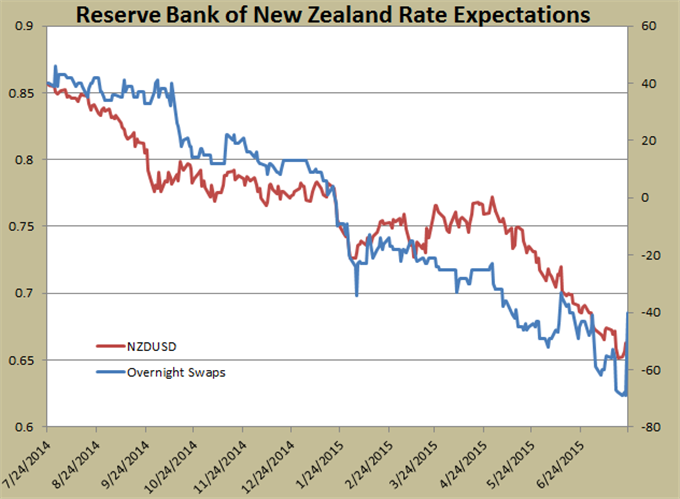 FOMC members will meet to discuss a rate decision on Wednesday, July 29th following the relatively hawkish testimony from chair Janet Yellen, and several other Fed Presidents. A near zero fed funds rate has been the benchmark rate since the financial crisis, but with economic activity, increasing the Fed is alluding to a “data-dependent” decision. Thursday morning, US Jobs Data reported the lowest initial jobless claims since 1973, a positive outlook for employment, and economic conditions. Gross Domestic Product data due next week is also expected to show a significant pickup in economic growth through the second quarter. 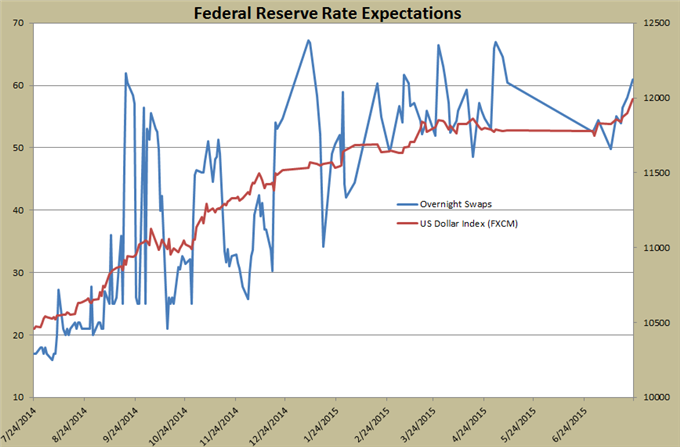 Recent GBP data hasn’t been particularly favorable as most data prints from this week have missed surveyed expectations with Retail Sales showing a -0.2% decline from an expected 0.4% figure. The Pound has nevertheless recovered notably ground since its 2014 selloff ended in April as BoE Governor Mark Carney has revived speculation of near-term hikes. The GBP is yield-sensitive and concluded as the top-performing G10 currency last week.

Member of the Monetary Policy Committee Ian McCafferty recently stated that he prefers a hike sooner rather than later. He warned the BoE “must be careful not to leave hike until too late”. McCafferty pressed for an early hike along with gradual tightening shortly after. 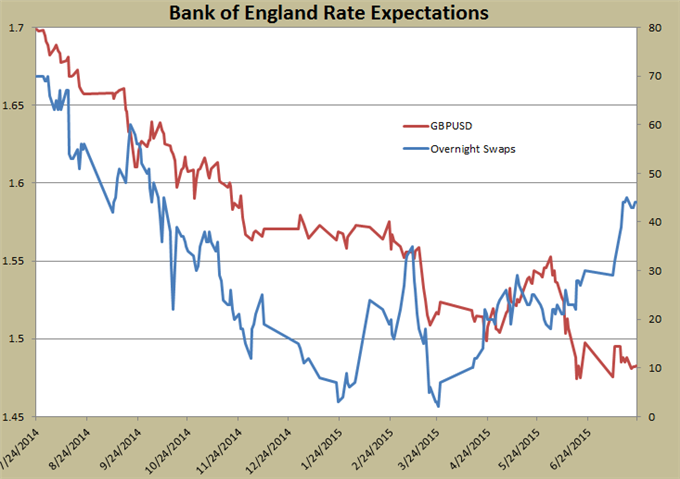