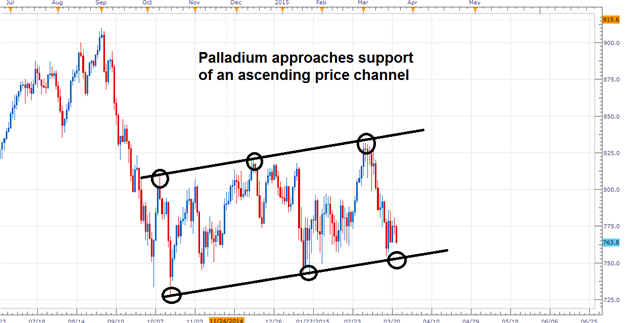 Firmly trading within its 75 US dollar range, palladium prices appear little changed as Norilsk Nickel moves forward with investment changes. In a release published Wednesday, the world’s largest producer of nickel and palladium, announced their obtainment of a new mining lease as procured by the Russian Government. Furthermore, the company’s CEO announced the group’s intent to invest additional capital in palladium stocks.

In a statement released to investors, Norilsk Nickel first expressed their intent to purchase $2 billion worth of palladium from the Central Bank of Russia last year. The dialogue between the lending institution and the mining and metallurgical company has made significant progress according to the company’s CEO Vladimir Potanin.

In principle the CBR has agreed to sell a portion of its palladium stock to a group of investors helmed by Norilsk Nickel. While the fund’s total investment is unknown, Norilsk is looking to invest between 200 and 350 million dollars in the deal. The agreement would secure long-term palladium stocks for the group’s customers.

Long-term stocks may also be procured from the Maslovskoye Deposit, located north of the Krasnoyarsk Territory. In a press release published Monday, Norilsk announced that the Russian Government granted them a mining license for this region. It serves as an extension to an exploratory license first obtained in August of 2006. The area was appraised for the following reserves in 2009: Nickel (728K t.) Copper (1.1M t.), PGM (12.5M oz.) and Gold (1.3M oz.). The life of the mine is estimated at 25 years.