When stacked against yielding currencies, non-interest bearing assets struggled last week as the U.S. dollar increased in strength. Both gold and copper notably slide in the wake of positive U.S. Employment figures and negative Chinese Trade data. However, with future prices climbing, each commodity has partially recovered as of Monday morning’s trading session.

On Friday the U.S. dollar registered its largest gain in 6 weeks sending gold down by 3.0%. The dollar’s strength was rooted in The Bureau of Labor Statistics Employment Report; employers added 295K jobs in February pulling the unemployment rate down to 5.5%. With better than expected figures, the likelihood of a mid-year rate increase has risen. Market participants are now expecting the Federal Reserve to alter their guidance during the March policy meeting.

Robust U.S. employment data and consequently a strong U.S. dollar affected not only the precious metals, but the industrial as well. Copper fell an additional 5.1 U.S. cents at the week’s end before finding channel support today. In addition to a strong U.S. dollar, copper was temporarily set back by weak Chinese import data. Statistics, released by the General Administration of Customs on Saturday, reveal a 20.5% decline in the value in imports. More specifically, when measured year-over-year in U.S. dollars, imports for copper ores and concentrates were down 15.1% while that of unwrought copper and copper were down 33.5%.

The effect on prices however, appears to be transitory as investors are likely expecting activity to pick back up with the close of the Lunar New Year. Furthermore, copper contracts for May delivery were up by 2.4 US cents per pound on the COMEX division of the NYMEX. Gold for April delivery was also elevated, reaching a high of $1174.4. 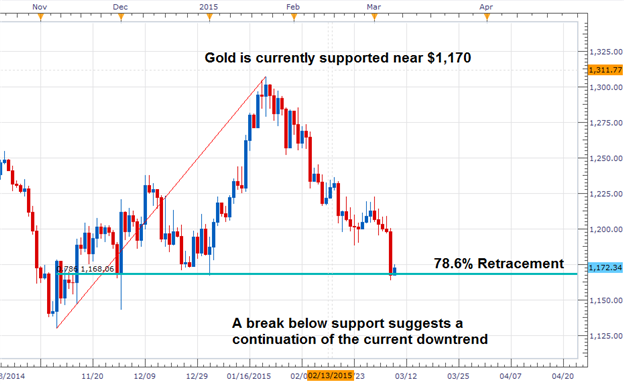 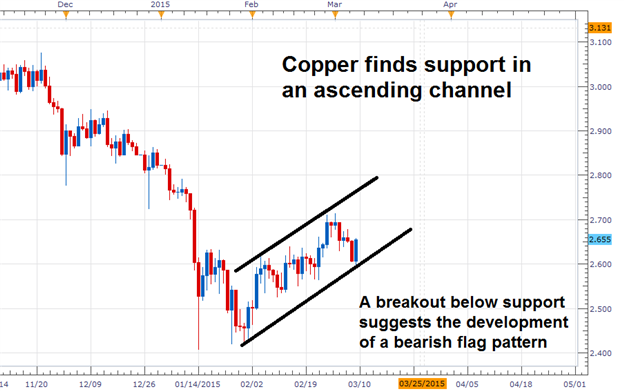