In a report released Friday, Goldman Sachs lowered their forecast for copper prices to $2.36/lb ($5,542 per tonne)—a figure 10% below the spot price. Citing cost deflation as the primary reason, the base metal has lost ground on sunken oil prices, a stronger dollar, slowed growth, and political instability.

From today’s opening price of $2.496, copper has since traded 3.1% lower as global sentiment continues to fade. With oil trading 18% below the 2015 high ($53.93 per/bl.) concerns for deflation and consequently slowed growth have increasingly grown. One area where this effect can be felt—the Eurozone.

Characterized by marginal growth and a negative inflation rate, the ECB embarked on a EUR 60 billion per month QE program last week. The initiative weakened the Euro, causing the US Dollar Index to appreciate an additional 1.7%. Consequently, base metals became more expensive to foreign buyers and thus less a less attractive investment.

Further lessening the attractivness of copper, slowed growth in China. In addition to posting the slowest growth in 24 years, China’s manufacturing sector contracted for the second straight month in December, registering only 49.8. Furthermore, signs of slowed demand have emanated from the housing sector. Data reported by the National Bureau of Statistics indicates that a fall in housing prices has dampened the real estate industry’s outlook; the National Real Estate Climate Index decreased 0.37 points last month as the sale price of newly constructed buildings decreased in 66 out of 70 cities. This change in sentiment is significant as the housing sector accounts for half of China’s copper demand.

As a final drawback, the election in Greece has been marked by investors as a point of contention and possible destabilization in Europe. On Sunday the anti-austerity party, Syriza, claimed victory after winning the majority of the country’s 300 seat parliament. While the ECB’s QE proved alluring enough to keep Greece in the Eurozone, the state of its loan program remains indeterminate. As such the value of the Euro relative to the US Dollar and consequently copper remains uncertain. 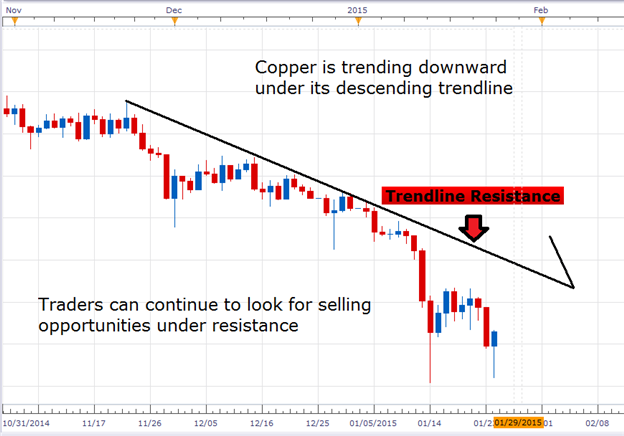