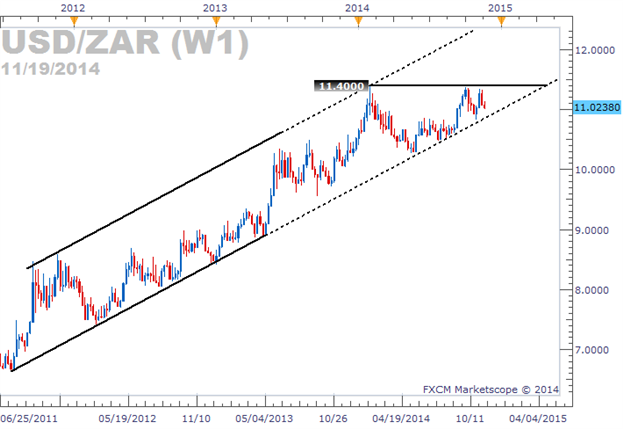 Recognized to not only maintain exchange rate targets, but also provide liquidity in times of financial strain, foreign exchange holdings have increased five-fold since 2002; holding too few may thus pose a challenge. Conversely holding too many reserves can be a liability on the balance sheet, as funds could have otherwise been invested in higher yielding instruments.

South Africa currently leans toward the former scenario with reserve holdings relatively low at 15% of GDP. If reserves continue to decline as they have in October, and US interest rates rise, then South Africa will likely be forced to raise rates in order to remain competitive in terms of global money flows. However, given the uncertainty surrounding the Fed’s rate hike timing as well as a positive domestic financial stability review and CPI report, rates will likely remain unchanged at tomorrow’s MPC meeting.

South African banks are reported to have adequate levels of capital with a capital to risk weighted assets ratio of 14.6%, well above the required 10%. Furthermore, housing prices remain fair and the household debt to income ratio continues to improve. However, it is important to note that equity is overvalued and a sharp correction could negatively impact the financial system. Additionally if interest rates do rise in the near future households will face the pressure of higher lending costs.

In addition to a sound financial stability report, CPI for the month of October was reported steady at 5.9%. The largest increase came from the alcoholic beverage index which increased 1.9%. Further aide came from the transport (+0.3%) and food/non-alcoholic (+0.2%) sectors. With an average price increase of 0.2% and CPI within the 3-6% target the Reserve Bank of South Africa will likely hold the repurchase rate at the current level of 5.75%.

There is a long term bullish price channel for USDZAR that is intact, but R 11.40 is proving to be a difficult price level to break. The wedge formed between R 11.40 and the lower trend line will break sometime in the next 4 months and could set the tone for the next major move in USDZAR. We have a bullish/neutral stance on the pair until price breaks below the price channel or above R 11.40.