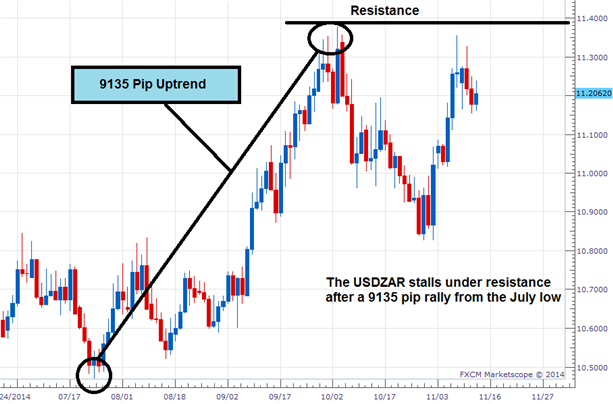 Of late South Africa has been characterized by sluggish economic growth and rising inflation. Despite their full year GDP growth rate being cut from 2.4% to 1.4%, they remain under increasing pressure to raise interest rates. However, at their upcoming November 20th meeting the reserve bank will likely hold rates steady at 5.75%, with September’s mining production figures lending reason.

Preliminary production results show mining increased in September by 5.3% (YoY), recording the first positive growth rate since May. In rebounding from August’s -9.2%, iron ore was the largest contributor advancing 5.7 percentage points followed by manganese ore, coal and diamonds. Gold, which accounts for roughly 7% of world production, also increased at one percent. The largest drawback came from Platinum Group Metals (PGMs) which declined 4.1%.

With a positive correlation to production (0.43), mineral sales will likely see a rise in September as they, like production, were down 10.7% in August. The most significant negative growth rates were recorded for iron ore (-40.7%) and PGMs (-31.2%) whose contributing percentage points were -6.6 and -8.2 respectively.

In addition to a confirmed rebound in production and likely rebound in sales, South Africa also saw a jump in September retail sales (+2.3%) as well as industrial production (+8.0%). The largest contribution to these sectors came from a rise in motor vehicle manufacturing (+5.8%) which accounts for 12% of the country’s exports.

Following these positive economic developments, the USD/ZAR remains stalled under resistance after a 9,135 pip rally. 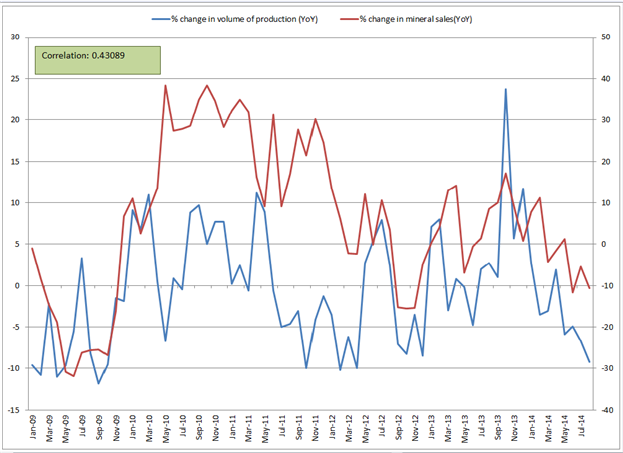