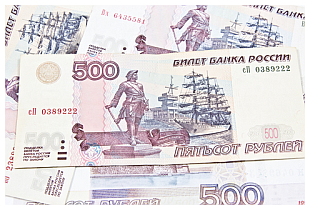 After noting that APEC accounts of 37% of world trade, Putin cited cooperation with the Asia-Pacific region as a strategic priority. In particular he highlighted the recent success of Russia and China in the energy sector. On October 13th the two countries signed a swap deal worth 25 billion dollars allowing Russia to distance itself from dollar denominated settlements, opting instead for ruble-yuan exchanges. Long term, the aim is for the intergovernmental Russian-Chinese Commission on Investment Cooperation to create similar settlements across additional sectors including defense and telecoms. Such actions would likely decrease the dollars impact on those global markets and increase the influence of Russia and the ruble.

During the conference mention was also made to Russia’s improved Doing Better Business Ranking as well as their work to improve infrastructure, most notably the Trans-Siberian Railway and the Northern Sea Route. This newfound openness in investment may lead Russia and/or its fellow BRICS nations to call upon The New Development Bank for assistance moving forward. This multilateral bank was established by the BRICS nations in July to serve as an alternative to the globally governed IMF and World Bank.

Despite distancing itself financially from the West, and strengthening its ties with the Asia-Pacific region in a bid for greater autonomy, Russia’s ruble has not responded with the same vigor. Instead it has continued to depreciate, sending the USD/RUB into dangerous territory.