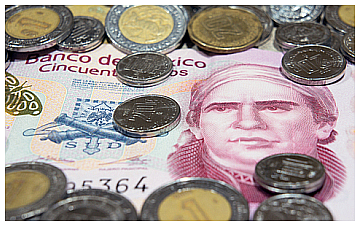 Mexico’s Industrial Production steadily surpassed analyst’s expectation in September rallying to a 3% increase as compared to September 2013. According to the National Institute for Statistics and Geography (INEGI), industrial production has averaged 2.08% from 1980 until 2014. In Mexico as well as in other countries, industrial production is measured in two fashions; on a year-on-year (YoY) basis and a month-on-month (MoM) basis. The difference being when measured on a year-on-year basis statistics are measured against the exact date in the previous year. The latter measures statistics and compares them between previous months. The (YoY) index is a much more reliable index for two reasons. One; it does not take into account the seasonal business cycle and second it provides a more accurate measure of economic growth relative to the previous year. Industrial production in Mexico measures the output generated by businesses in the industrial sector; manufacturing, mining, utilities, etc.

Manufacturing PMI, also known as the Manufacturing Purchasing Manager’s Index is a survey of 400 companies that measures performance based on a variety of economic factors. This index places different weights on each factor; New Orders (30%), Output (25%), Employment (20%), Delivery Times (15%), and Newly Purchased Items (10%). Like Business Confidence, this index is based on a scale of 100 so any number above 50 would indicate optimism in the markets. This figure has steadily been increasing from 50.2 in September 2013 to 53.3 in September 2014

Changes in Inventories can also be a useful index when measuring and forecasting Industrial Production. While changes in inventories decreased from 97367 MXN Million from 142096 MXN Million between the first and second quarters of 2014 respectively, they have been increasing steadily since 2009. In the long run these numbers are important because when measured on a (MoM) basis they risk the bias brought on by the business cycle.