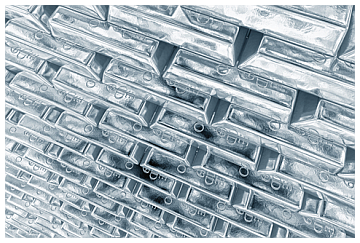 As the best performer year to date among precious metals, palladium looks to end its month long downtrend by trading within an 80 dollar range. Supply and demand side pressures from the automotive industry as well as the world’s largest palladium producers have resulted in this range bound scenario.

With the majority of palladium used in the manufacturing of catalytic converters, a recent surge in car sales and consequently production has placed upward pressure on the price of palladium. Total sales for 2014, as forecasted by Scotiabank, are to reach 72.12 million, up from 68.69 million in 2013. In part the forecast reflects a 3.5% advancement of global sales in September driven largely by a 10.4% increase in the auto sector of US Retail Sales. Further industry growth came from China, where demand was up 8.4% in the first half of the year, and Canada where sales reached an all-time annual record of 2 million cars. Matching the increase in demand, production increased 3.5% in Q2 as reported by OICA.

With roughly 3.5 grams of palladium per vehicle, for every one million vehicles produced about 100,000 ounces of Platinum Group Metals are required. Using today’s open price of 771.5, the average price of palladium in each car is approximately $87.00. With exports on the rise Scotiabank expects modest gains in sales to continue through 2015, likely placing more upward pressure on the price of palladium if all other factors are held constant.

In addition to global consumer demand, the actions of Russia and South Africa, who supply 80% of the world’s palladium, will also bear influence on its price. With a timeline of 6 months to refine palladium, South Africa is still recovering from a 5 month industrial strike that took place earlier this year. While total mining production decreased 10.1% on the year, that of PGM declined significantly more at 45%. In addition to supply shortages a looming deal, reportedly worth 2 billion dollars, between Norilsk Nickel and the Russian Central Bank set to conclude later this month, may increase palladium’s value as both sides will likely look to escalate prices.

Palladium has been range bound for the last 7 weeks between $730 and $810/ounce. Technical analysis gives us no indication where it might be headed next. If price reaches the top or the bottom of the range there could be a trading opportunity, but sitting on the sidelines might be the best course of action at this point. 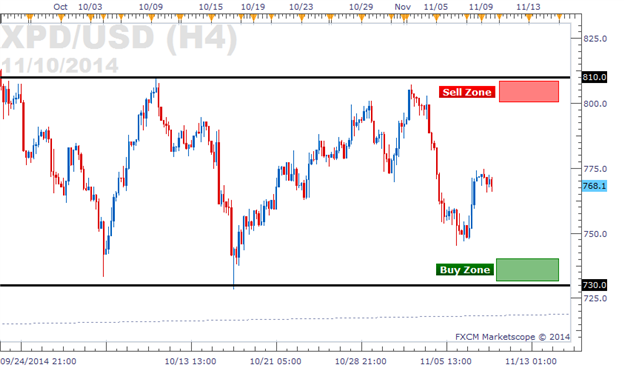