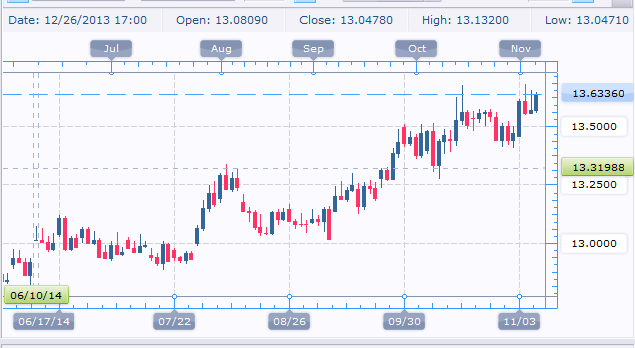 The Bank of Mexico, in line with their mandate of ensuring an environment of low and stable inflation decided to stay the course and pursue an unchanged monetary policy. As of October 31st the Bank of Mexico held their benchmark interest rate, also known as the interbank rate, or the interest rate charged on short-term loans between banks, at its previous level of 3 percent. The level of this specific target rate directly affects all interest rates related to consumer products including; mortgages, savings accounts, and loans. While Mexico’s consumer price Index or CPI, the cumulative prices paid by consumers for a specific basket of goods and services, increased minimally from 4.15% in October to 4.22% in November, and while it is also above the central bank’s target of 3% plus or minus a 1% tolerance band, no inflationary pressure exist now, nor are they likely to exist in the near future. In fact, the Bank of Mexico predicts that inflation will soon rebound back to its original 3% range by January 2015.

While investors can expect stable interest rates and inflation, the Mexican economy is poised for a period of expansionary growth. The Mexico Leading Economic Index, an aggregate of the following indicators: the employment rate, Mexican stock exchange indexes, the real exchange rate, and the interbank rate, is an early indicator on the direction in which the economy is going. This index increased from .05% over the previous period and is expected to soar to new heights as key statistics seem to indicate as reported by the Instituto Nacional de Estadistica, Geografia Informatica, Mexico, this index increased by .05% over the previous period. The Mexico Manufacturing Purchasing Manager’s Index or PMI, measures the performance specifically of the manufacturing sector by surveying 400 manufacturing companies. This index increased from 52.6 in October to 53.3 in November indicating an expansion of the manufacturing sector. In concordance with the PMI, unemployment figures have been on a downward trend and have decreased from 5.18% in September to 5.08% in October. With the culmination of steady, low interest rates, low inflation, and an expansionary economic forecast, investors normally would expect a minor upward fluctuation in the MXN peso relative to the US dollar. However, with the end of the Fed’s bond buy-back program, and a looming period of increasing interest rates in the near future, relative to the USD, investors can expect a further devaluation of the peso because interest rates are the dominating force behind exchange rate fluctuations.