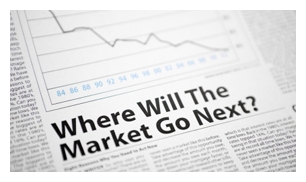 After experiencing an 0.8% increase in the composite leading business cycle indicator in August, the South African economy appears to be reversing course as Finance Minister, Nhlanhla Nene downgraded the country’s economic growth forecast from 2.7% to 1.4% during a budget statement last week. Reasons cited include: reductions in output, falling oil prices, and subdued price levels in September. In contrast the US economic outlook has improved, renewing confidence in the dollar and preventing the currency pair from crossing the midpoint in a downward channel.

Industrial action in the world’s largest palladium mine, the Bushvel Complex, reduced revenue flowing to South Africa by 2 billion dollars. The five month strike reduced mining production by 24.75% in Q1 and 9.4% in Q2, resulting in less real disposable income. Negative effects were further compounded by a four month decline in the price of USoil which threatened South Africa’s price stability. Constituting 5.7% of the inflation basket, a 7% slide in USoil prices from August to September resulted in a 0.5% decline in CPI over the same time period from 6.4% to 5.9%. The producer price index, which tracks the change in prices charged on goods, also fell from 7.2 to 6.9 percent.

Meanwhile, Wednesday’s FOMC statement proved a more optimistic outlook on the US economy. In addition to announcing the end of their asset purchase program the committee noted substantial improvements in the labor market, with consistent job gains and unemployment nearing robust levels. Confidence in the economy continues to improve as third quarter GDP estimates increased at an annual rate of 3.5%, well above the 3.0% consensus.

Following the reversal in economic outlooks, prices have been correcting from the October 3 high and appear to have found support. From a technical perspective, the red corrective channel lower has contained prices and the first clue of a potential bounce came earlier this week when prices failed to drop below the grey mid-line of the channel. This is taking place near a 3 year support trend line (black line).

The break above the top side of the trend channel is our confirmation a turn is likely to have legs to it. First target to the upside would be the former swing highs of 11.39. 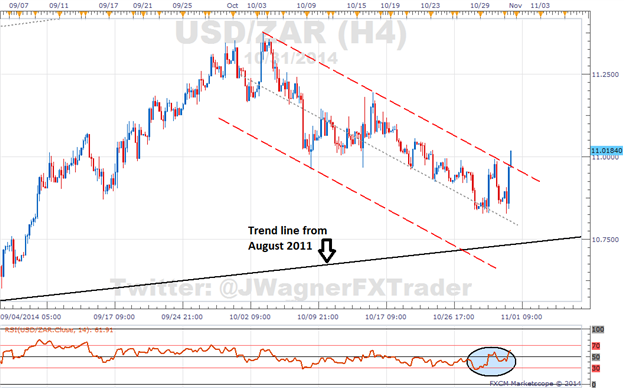