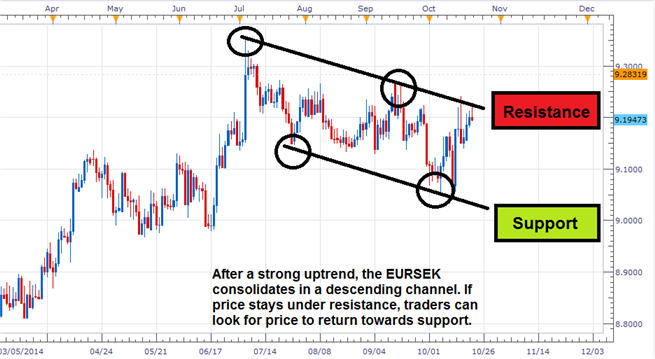 Noting eminent deflation risks, analysts are expecting The Riksbank in Sweden to announce a 15-20 bps cut in the repo rate on October 28. The point within this range is expected to be determined based on the relationship between household debt ratios relative to inflation rates, weaker productivity growth in relation to mismatched labor markets and consumer confidence relative to long-term yields.

Despite rising housing costs in 19 out of 21 counties, CPI continues to disappoint registering -0.4% in September after measuring -0.2% in August. Low interest rates and consequently higher demand have resulted in a 3% price increase in September over the previous period and a 7% increase in price over the previous year. As a result The Financial Supervisory Authority now estimates household debt as a share of disposable income will likely amount to 185% by the end of 2017. This surmounting ratio poses a threat to long run economic stability, giving the MPC reason to pause when considering the amount by which to cut rates. A larger basis point cut could result in sustained higher debt ratios if not done in conjunction with lending restrictions such as a mortgage cap.

Further pressure to expand monetary policy stems from weak productivity growth resulting from a more detached labor force. While part of the industrial production decrease of 0.2% in August and 0.8% in July is the result of weaker external demand, another part is the result of the labor markets inability to match employers with suitable employees. As a result, when they number of vacancies increases the number of unemployed does not decreasing at the same pace. The divergence is largely viewed to be the result of the composition, characteristics and skill sets of the unemployed, which can’t be improved exclusively through rate changes. Thus, if greater weight is given to the second view the rate cut may be more on the conservative end.

Finally, long term yields have decreased as demand for high risk assets has fallen. The yield on Sweden’s 10 year government bond has decreased 14.7% from the start of October, falling from 1.446 to 1.233. This indicates risk aversion as consumers are becoming increasing unsure of the markets future state.

The level of uncertainty has been heightened even further on news that the ECB may embark on a broader quantitative easing program. Any pending decisions from the globally influential ECB may overshadow the Riksbank rate decisions, leaving the EURSEK to consolidate in a descending channel.