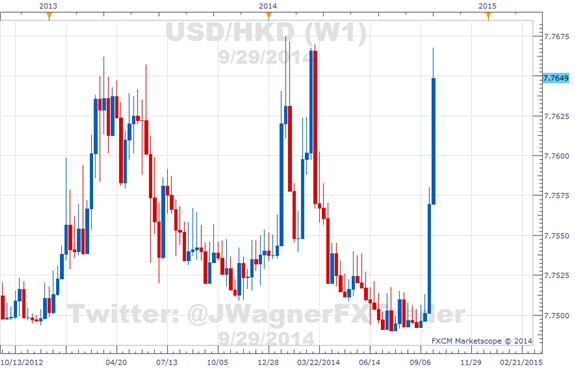 Stirring another bout of international tension for the financial system, thousands of pro-democracy protestors have demonstrated outside of the Central Government Complex, in the heart of Hong Kong’s financial district. The Occupy Central Movement arose in response to China’s National People’s Congress Standing Committee’s decision not to grant Hong Kong full universal suffrage in their 2017 Chief Executive elections. At this time, candidacy remains open only to those who are approved by a nominating committee in Beijing.

As a result of the movement, the central and surrounding districts have experienced disruptions in their transportation, business and public service spheres. While several banks and retail stores remain closed in the immediate area, the Education Bureau announced that all schools in the extended Central and Western regions would also remain suspended through tomorrow. Furthermore, the stand off between protestors and police have lead officials to expect tensions to remain high.

In response, the HKD has depreciated against the USDollar as the geopolitical risk of investing in Honk Kong has been made highly visible. Additionally, the loss of business resulting from the unrest is expected to negatively impact retail sales, and consequently the HKD, which are already down 1% on the year.

Prices have been hugging the lower end of the trading band for the past 4 months. The recent surge has elevated the exchange rate to levels seen in earlier 2014. If the protests continue to stifle business, it could lead to a break higher towards levels not seen since 2012. 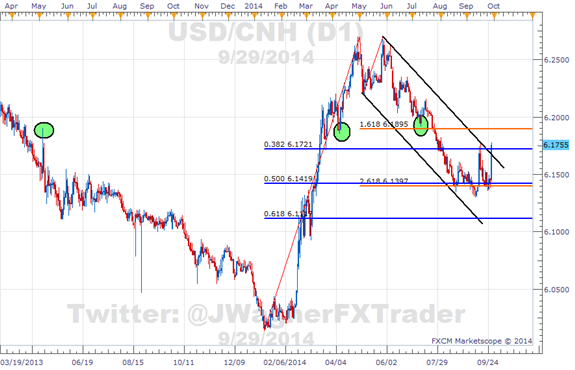