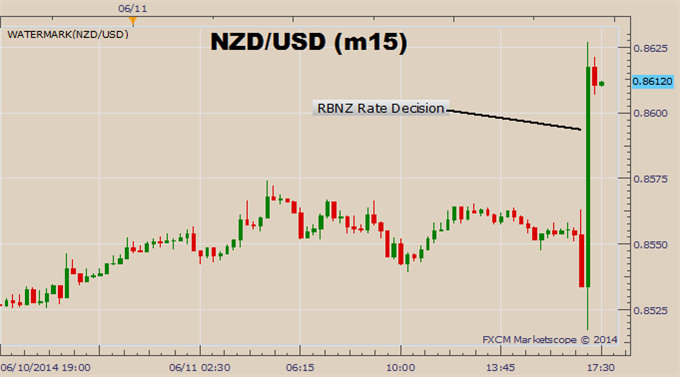 The Reserve Bank of New Zealand raised its target cash rate for the third time this year at its June meeting. The central bank hiked the interest rate by 25 basis points to 3.25%, as was expected by a majority of Bloomberg surveyed analysts.

The RBNZ also lowered its inflation forecast for the second quarter of this year from 2.00% to 1.75%, which might indicate a slowdown in the pace of future rate hikes. Although, the central bank also said it expects inflationary pressures to increase and predicted annual inflation would reach the RBNZ’s 2% target by Q2 of 2015.

Regarding economic growth, the RBNZ predicted 4% annual growth over the 12 months ending in June, and the central bank said economic expansion has considerable momentum. The RBNZ added that it expects the New Zealand Dollar to decline with commodity prices.

Despite the lower inflation forecast and bearish Kiwi forecast, the New Zealand Dollar still rallied significantly in Forex markets on the hawkish commentary regarding long-term growth and inflation momentum.

The New Zealand Dollar rose 90 pips above against the US Dollar, and the pair continues to trade above .8600 at the time of this writing. Senior Technical Strategist Jamie Saettele points out that .8600 is a significant resistance level for NZD/USD trading. 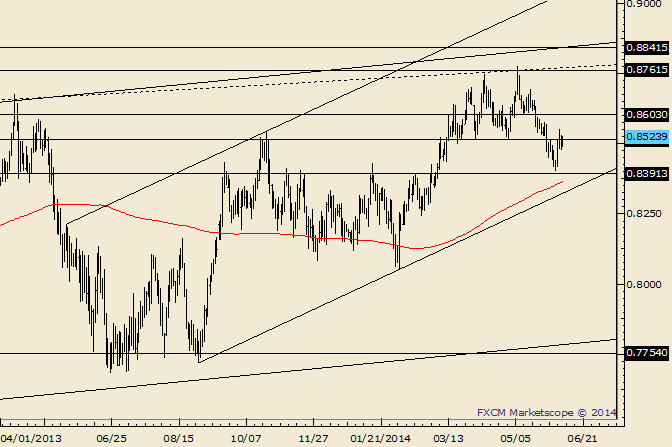