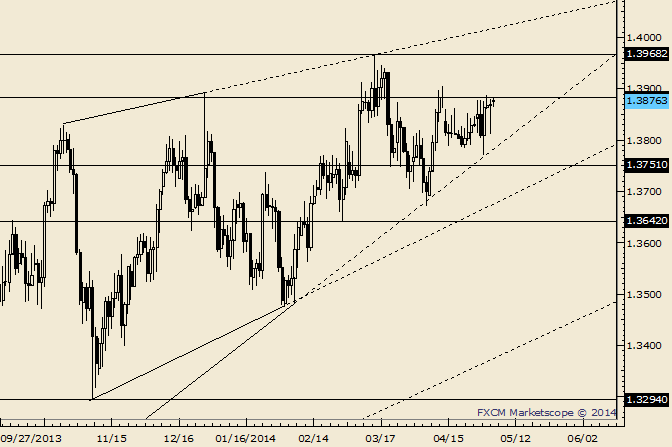 The Organisation for Economic Cooperation and Development raised its expectations for 2015 growth in three of the four of the world’s biggest economies in the May release of its Economic Outlook. Even though the OECD cut its world growth forecast for 2014 to 3.4% from 3.6%, the organization maintained a 3.9% world GDP projection for 2015.

Ahead of Thursday’s European Central Bank meeting, the OECD called on the ECB to take new policy actions to move inflation decisively towards its target and warned that inflation could turn into deflation. Although the OECD lowered its Chinese growth forecast for 2014 and 2015, it said that the new GDP rates are more economically sustainable.

The OECD encouraged the Fed to end quantitative easing by the end of 2014, as the OECD said that the US recovery should gain pace, lowering unemployment, reducing economic slack, and inflation rising close to target.

The OECD’s suggestion for the ECB to take new action could affect EUR/USD trading. If the ECB decides to adopt new monetary policy measures to prevent deflation, the Euro could decline in Forex markets.

However, Senior Technical Strategist Jamie Saettele warns that an ending diagonal is underway in Euro trading against the US Dollar, in which case the EUR/USD would most likely trade above 1.4000 before topping out. See Jamie’s chart below: