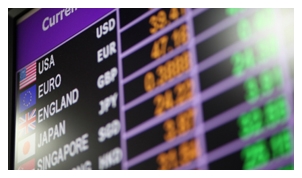 -Canadian Dollar is at risk if data falters in 2Q, housing sector at risk of correction.

-Bank of England Rate Decision on economic calendar for Thursday, May 8th.

The central bank is expected to maintain its current key rate at 2.50% as data continues to be mixed while the path of Australia’s largest trading partner (China) remains up in the air. The last QoQ inflation figure came in slightly below estimates, but a housing boom fueled by Chinese demand continues to put pressure on the RBA. Although the situation has not worsened to a situation similar to New Zealand’s last summer, the RBA is likely wary of a further move higher in CPI readings and home prices. Governor Stevens of the RBA stressed in March that ‘home prices can go down as well’ as an ominous warning to those pilling into the housing sector in Australia. As we’ve suggested, if inflation continues to move above the RBA’s current benchmark interest rate, the central bank could enact macro-prudential policies such as the RBNZ. Look out for any changes in the language in regards to the Aussi Dollar as well as property/home prices.

The Aussie Employment Change print often has a tendency to be one of the more market moving figures. If we do not see volatility at the RBA Rate Decision, expect the Australian Dollar to move on this release. In March we saw the figure come in at 18.1K, far above the 2.5K expected by markets. In February we also saw a blowout print coming in at 47.3K vs. 15.0K as surveyed by economists. After a huge run in AUDUSD over the past few weeks, another better than expected print may be fundamentally needed to make a push above 2014 highs. All of this is in the context of recent PMI figures out of Australia and China; both of which missed estimates and added to pressure on the AUD and CNH rates. Note that we have further event risk for AUD with the RBA Statement on Monetary Policy being released at 01:30GMT on Friday, May 9th.

Although we have not received a policy statement for many months, it is only a matter of time before the BoE will have to address recent developments in the housing market. A Bank of England official came out last week and announced that the central bank would hold a special meeting in June to discuss the unsustainable rise in home prices. Pound bulls remain a strong bid in GBPUSD as market speculation ramps up in regards to rate hikes on the back of these developments in the housing market. As we sit just below 2009 highs in GBPUSD and as rate hike speculation remains largely attributed to home prices over the core CPI rate, figures from the housing sector remain all the more important. Any weakness felt over the coming summer could reflect poorly on recent GBP strength. On a technical basis detailed last week, longer term monthly resistance levels must be noted in the context of multi-year highs.

ECB President Mario Draghi is likely to express that he was ‘surprised’ about missed April inflation figures, just as he was with the March numbers. Although European Central Bank members continue to paint an optimistic picture in regards to Euro-Zone price levels, some periphery countries are already seeing an onset of deflation. Five year seasonal studies indicate disinflation into July and under these conditions we cannot dismiss a possible rate cut out of the ECB. Another possibility is that we see Draghi try to talk down the Euro as recently he has shown a greater willingness to use verbal intervention. 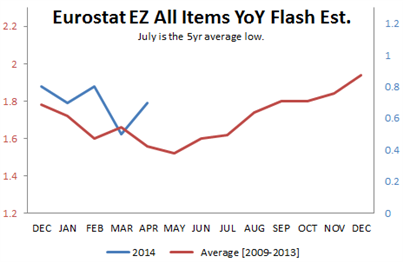 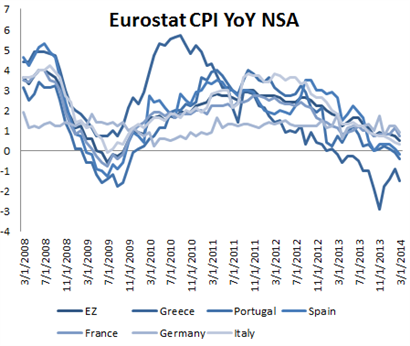 The Canadian Dollar has gained strength over the past few weeks despite a massive breakout move to the upside at the start of the year. Although data in the fourth quarter of 2013 and early 2014 continued to disappoint market expectations, recent data has actually proved in line or above economists’ surveys. In addition to USDollar weakness across the board, better data has halted a multi-year breakout on USDCAD and the pair has remained in a range over the past few months. As with the U.K., it is important to note developments in the housing sector. For one, the median home price to median wage in Canada has a ratio around nine while at the height of the U.S. bubble we saw a ratio of seven. Many Canadians, especially those in larger cities such as Vancouver, are beginning to be priced out of property while rents continue to rise. The developments in the housing sector over the coming months are likely to impact employment figures and any sign of weakening data will bode well for USDCAD moving forward. A disconcerting trend as of late has been inventory levels of home furnishing goods held by wholesalers. We’ve seen this figure spike as of late and this small data print may be an indication of a slowing property market. Building Permits on May 7th and Housing Starts on May 8th may provide more clarity as to whether this development is meaningful. 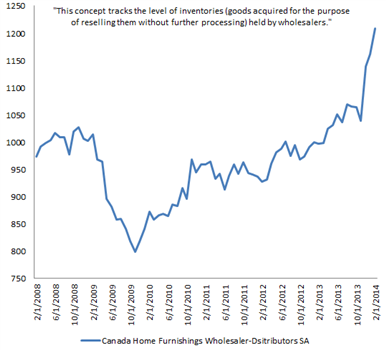