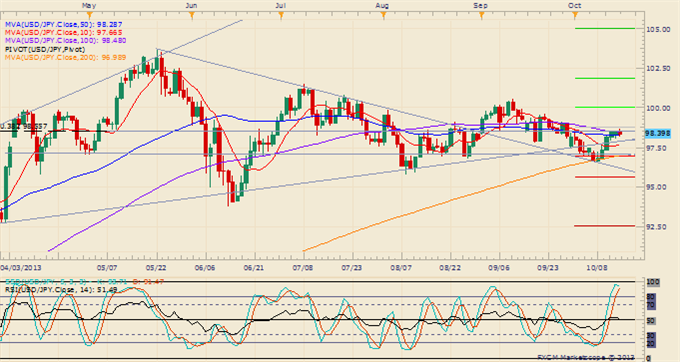 The US Dollar declined to a new daily low against the Japanese Yen, as negotiations between Republican and Democratic senators to avoid hitting the imminent debt ceiling broke down on Tuesday afternoon.

Democratic Senate Majority Leader Reid said there is no deal and talks had ended between him and Republican Senator McConnell. Later, spokesmen for both Senators said talks would continue after the House of Representatives attempts to pass a debt deal of their own.

In two days, the US government is projected to hit the debt ceiling, and a default on some expiring debt is one of the possible outcomes, should the treasury not be allowed to borrow beyond the current debt ceiling limit. Following a meeting of Republican congressman earlier on Tuesday, House Speaker Boehner said there are still no decisions on what exactly the right-wing lawmakers will do.

Multiple international leaders have called on US lawmakers to avoid hitting the debt ceiling and defaulting on its debts. A US government default could possibly spike interest rates on bonds, drive down the value of the US Dollar and spread fear throughout world markets, as the greenback is currently considered by many to be the reserve currency of choice. On Sunday, China’s state run news agency suggested replacing the Dollar as the international reserve currency.

The US Dollar fell from 98.50 in trading against the Yen and set a new daily low at 98.16. USD/JPY has traded similarly to S&P futures, as the pair’s placement of Dollar against a safe haven currency allows it to trade in line with risk trends on US related stories like the debt ceiling. The pair may continue to see resistance at 98.50, where it has seen both support and resistance over the past five months.