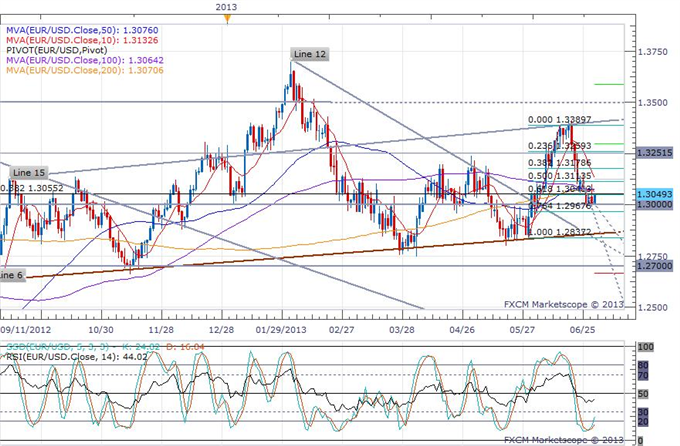 Euro-Zone Inflation Continues to Rebound Off a 3-Year Low

Euro-zone annual inflation rose for the second straight month in June and towards the European Central Bank’s 2% target rate, following a seven month period where the annual inflation fell from 2.7% to a three year low of 1.2%.

Inflation was reported at 1.6% in June, meeting expectations and rising from 1.4% in May, according to Eurostat’s initial estimate.

Eurostat also reported today unemployment rose to a new record high 12.1% in May. The unemployment rate was reported lower than expectations for the rate to rise to 12.3%. However, unemployment for February through April was revised lower to 12.0% in today’s release, thereby reflecting a rise in unemployment in May.

ECB President Draghi mentioned earlier in June that the central bank is considering unconventional tools to provide monetary stimulus. The central bank is likely looking for continued economic weakness and below target inflation before expanding stimulus. Therefore, a record high unemployment rate may be considered Euro negative, while higher inflation is Euro positive.

However, the releases were close enough to expectations that the Euro did not react significantly. EUR/USD continues to trade slightly above 1.3000, after continuing to find support by the key figure earlier today. A line around 1.3250 may continue to provide resistance.