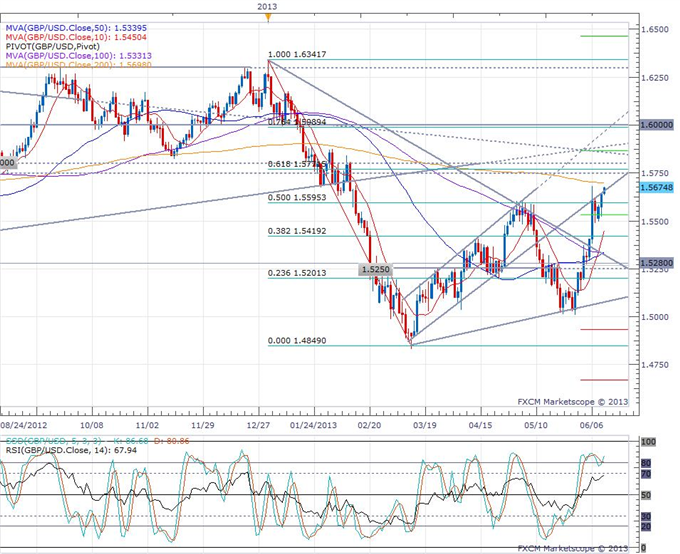 Pound Bounces on a Further Decline in Unemployment

The amount of people claiming unemployment in the UK declined for the seventh consecutive month in May, according to the UK Office for National Statistics. Claims fell by 8.6 thousand over the month, better than expectations for unemployment to only drop five thousand and not as good as the revised 11.8 thousand decline in unemployment seen in April.

The International Labour Organisation also reported today that the unemployment rate for the three months ending in April was 7.8%, meeting expectations for the rate to remain unchanged from the previous month. ILO noted that twenty four thousand jobs were added over those three months, and average weekly earnings rose 1.3%.

The UK economy avoided a triple dip recession in the first quarter of this year by expanding 0.3%, and recent PMI’s indicated that the economy will continue to expand in the second quarter, if growth continues in June like it did in April and May. Pound investors are looking for improved economic growth in the UK economy.

That is why the Pound saw a brief bounce higher following the release of today’s better than expected employment numbers. The Cable pair is now trading only points away from breaking the 1.5688 3-month high, where resistance might be provided. Support might be provided at 1.5595, by the 50% retracement of the decline from the January high to the March low.