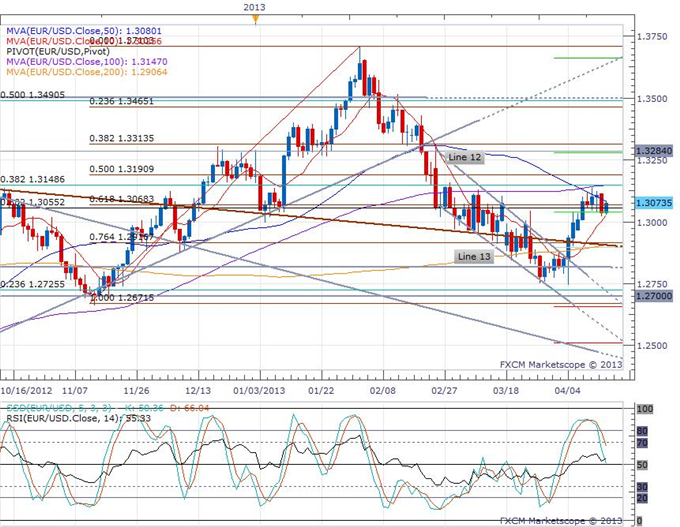 Euro-Zone Inflation Continues to Decline Below the ECB Target

Euro-zone annual inflation was confirmed to have fallen to a new 2.5-year low, as German economic growth expectations declined for the first time in five months.

Consumer prices rose 1.7% from March 2012, matching a previous Eurostat estimate and lower than the 1.8% annual inflation rate seen in February. The CPI rose 1.2% over the month of March, according to Eurostat.

Also released today, the German ZEW expectations survey was reported at 36.3 in April, disappointing expectations for 41.0 and down from the 48.5 survey result reported in March. The current situation ZEW survey declined to 9.2 from 13.6 in March.

The declining survey results matched recent PMI’s released from Germany, in which the services and manufacturing activity indexes both showed declines after recently reaching yearly highs. Germany is the biggest economy in the Euro-zone and also one of the best performing economies during the Euro debt crisis. Signs of a further pullback in German GDP in Q1 are Euro negative.

That is why the Euro temporarily fell against the US Dollar following the ZEW release. However, EUR/USD soon jumped about forty points and erased all the earlier losses seen during today’s session. Euro traders may be focused on President Draghi’s speech later today. The pair continues to trade around 1.3075 and may next see resistance by a 6-week high set recently at 1.3138.