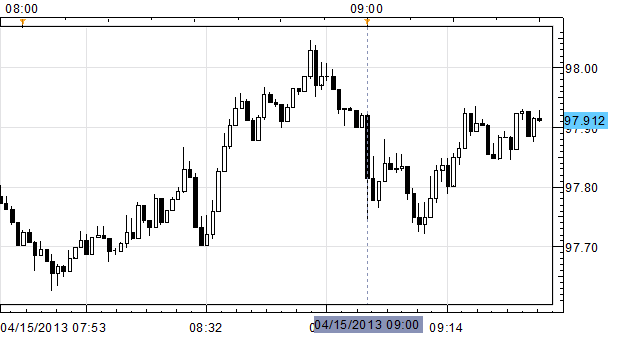 Ahead of the March budget sequestration, and with the haphazard Italian elections on the radar, foreign investors dumped US assets in February, seeking safety elsewhere. Risk-aversion was indeed more prevalent, given the performance of the US Dollar and the S&P 500 during February: the US Dollar added +2.78% while the S&P 500’s rampant rise paused for a mere +0.45% gain. Overall, foreign investors sold -$17.8B worth of long-term notes, bonds, and equities, after +$25.7B were purchased in January, fueling the best start for risk-correlated assets (as measured by the S&P 500) in over a decade.

While Net Long-term TIC Flows were weak, Total Net TIC Flows remained positive at +$53.6B, well-off the torrid +$116.8B pace in January. This suggests that investors were rotating funds out of safer, long-term assets into riskier short-term assets, with some of the capital heading offshore. Nevertheless, the US 10-year note yield closed February at 1.8756%, down -10.9-bps from its open on February 1.

The soft US flow data produced a short-term sell-off in the USDJPY, with the pair falling from 97.92 to as low as 97.73, in the wake of the data. However, at the time this report was written, amid the continued sell-off in Gold, the USDJPY had recovered back to its prerelease price. The March TIC Flow data is more important going forward, considering that March marked the beginning of the federal government’s budget sequestration.