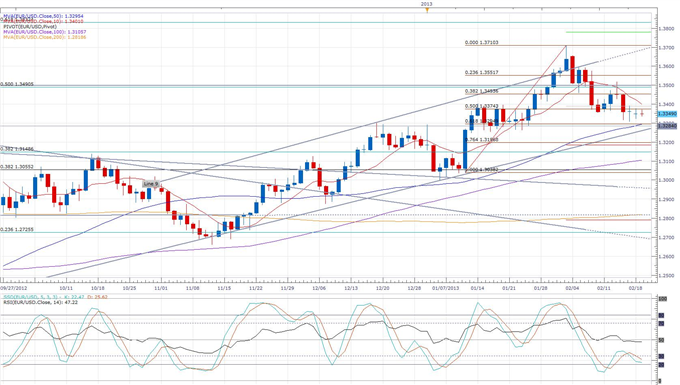 German expectations for economic growth is at a near 3-year high in February according to the ZEW survey, showing positive sentiments for the third straight month. The ZEW survey for economic sentiment was reported at 48.2, better than the expected 35.0 survey result, and up from 31.5 in January. However, the ZEW survey for the current situation declined to 5.2, worse than the expected 9.0 and lower than last month’s 7.1 survey result.

The ZEW survey for expected growth for the entire Euro-zone also set a near 3-year high at 42.4, up from 31.2 in February.

Although German GDP declined 0.6% in Q4, the Bundesbank predicted yesterday that the Euro-zone’s biggest economy will return to growth in the current quarter. The central bank further said that it expects a gradual recovery for the rest of the year, and the ZEW survey seems to show that German investor sentiment is in line with the Bundesbank’s prediction. Signs of German economic growth are Euro positive.

The Euro rose about twenty points against the US Dollar following the release, but soon erased those gains and fell back towards 1.3350 in Forex trading. EUR/USD has traded within a sixty point rage since last Friday. The pair may now find resistance by a broken resistance line around 1.3374, and support may continue to be provided around 1.3284.