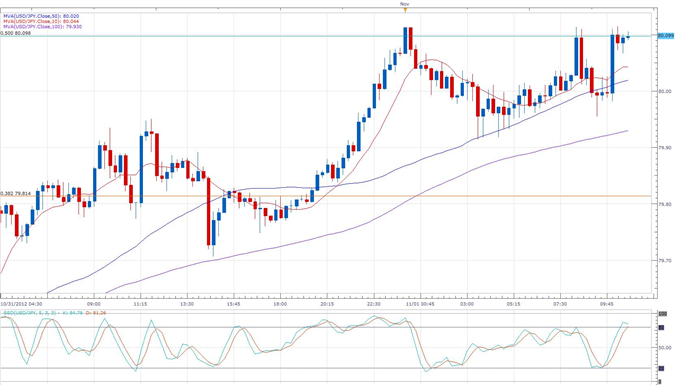 THE TAKEAWAY: US consumer confidence rises to a 4-year high -> ADP survey shows 158,000 jobs added -> USD up slightly against JPY

A variety of US data for October showed an economy with more jobs, increased manufacturing activity and better consumer confidence, yet the US Dollar has barely shown any improvement in trading against the Yen in forex markets.

Consumer confidence climbed to 72.2 in October, marking a 4-year high, from a revised 68.4 confidence level in September, according to The Conference Board. However, the confidence survey fell slightly short of expectations for 73.0; also, expectations grew to 82.9 in October from 81.5.

Also reported, manufacturing expanded for the second straight month and at a faster than expected rate. The ISM report was released at 51.7, higher than both expectations for 51.0 and last month’s 51.5 survey result. New orders and production both grew in the manufacturing industry, while employment declined. ISM’s Holcomb said in a conference call that factories are relying more on domestic demand, and that manufacturing in still lukewarm but not cold.

Earlier in forex news, the ADP employment change reported 158 thousand new jobs in October, beating expectations for a rise of 131 thousand. ADP has recently changed their methods for measuring job changes, and the methods are supposed to now be more accurate. Initial jobless claims also dropped to 363 thousand in October, beating expectations for 370 thousand and down from September’s revised 372 thousand new jobless claims.

Tomorrow’s non-farm payrolls change and the unemployment rate for October are considered to be the main unemployment indicators. Last month, unemployment fell below 8% to 7.8%, and expectations are for unemployment to rise to 7.9%.

The initial ADP numbers drove the US Dollar up to 80.10, following a struggle to stay above 80.00 earlier in the session. USDJPY continues to trade around 80.10 following a brief dip back towards 80.00. A seven month downward trend line could provide resistance around 80.50. 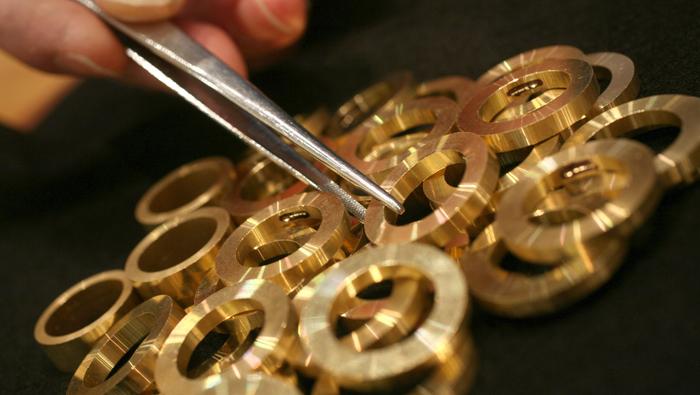