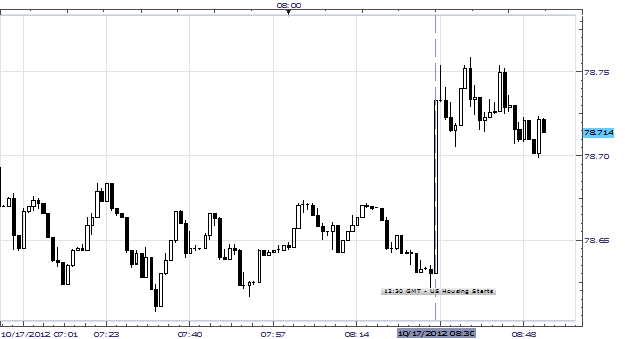 New housing construction and applications for building permits in the U.S. soared in September to their highest levels since July 2008, signaling that the industry is on its way to recovery. According to a report released jointly by the U.S. Consensus Bureau and the Department of Housing and Urban Development today, the number of privately-owned housing starts accelerated by 15.0 percent to a seasonally adjusted annual rate of 872,000 in September, following 758,000 housing starts the previous month that was upwardly revised from 750,000 originally reported. The latest print comes in well above the median estimate of 770,000 housing starts according to a Bloomberg News survey.

Meanwhile, building permit approvals rose 11.6 percent to an annual rate of 894,000 in September from a downwardly revised reading of 801,000 in August. The consensus estimate of 58 economists surveyed by Bloomberg News had projected a rise to 810,000 approvals. The strong increase in building permits is a good sign for future construction and will mean that the gains in new housing starts will be sustained in coming months.

Record-low borrowing costs and cheaper property prices have helped boost housing construction activity. On the other hand, stagnant wage growth and elevated unemployment will continue to pose challenges for the industry.

In the initial minutes after the release of the housing construction report, the U.S. dollar surged against the Japanese yen, gaining as much as 13 pips. At the time this report was written, the USDJPY pair had pulled back slightly but continued to trade higher at 78.71 yen.