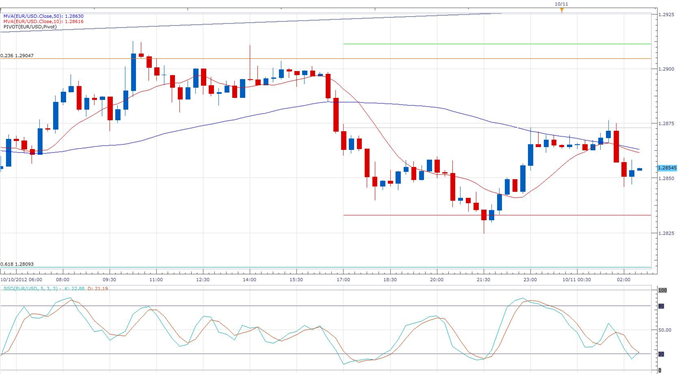 THE TAKEAWAY: German annual inflation drops to 2.0% according to the final estimate -> Energy prices up 7% annually -> Euro trading steady

German annual inflation was confirmed to have fallen back to 2.0% in September, according to the final consumer price index estimate released today by the Federal Statistical Office. The year over year growth in CPI was slightly lower than August’s 2.1% inflation, as consumer prices were unchanged during the month of September. The results came in line with an initial estimate released on September 26.

The European Central Bank kept interest rates at 0.75% during their October meeting. A lower inflation rate combined with weak growth would provide reason for the central bank to cut its interest rate, which would be negative for the Euro. However, ECB President Draghi recently said that interest rate cuts are not effective in all Euro states, and that he is looking towards the OMT bond purchase plan to provide economic relief to all struggling Euro states.

The as-estimated inflation results did not have an effect on Euro trading. EURUSD is currently trading slightly above 1.2850, and a month long low at 1.2803 could continue to provide support. The key 1.2900 level, which is also the 23.6% retracement of the August rally, could provide resistance.