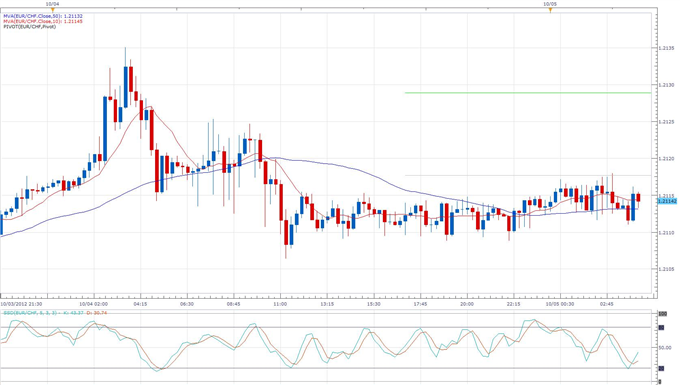 The KOF Swiss Economic institute lowered its forecast for Swiss GDP growth in 2012 to 0.9%, from a previous 1.2% forecast. The institute cited slow global growth over the summer and a disappointing Swiss economy in the spring as the reasons for the revision. KOF also predicted 1.3% economic growth in 2013.

The KOF institute said that a high exchange rate and a global slowdown pushed down exports in the first part of the year. The institute predicted that the European GDP will shrink by the end of the year, and only begin expanding again in Q2 of 2013. The institute also predicted that a growth of household income and a slight rise in employment over the coming year will lead to a rise in Swiss private consumption.

Additionally, the KOF sees employment dropping considerably in Switzerland by the end of the year. The institute expects a -0.6% inflation in the current year, followed by 0.5% inflation in 2013.

The Swiss GDP unexpectedly dropped 0.1% in Q2, following two quarters of economic expansion. The economic slowdown is a result of the nearby Euro-zone debt crisis, and the Swiss Franc retreated from the 1.2000 ceiling in trading against the Euro, following the negative GDP release.

The Franc did not significantly react to the negative revision of the KOF’s Swiss GDP forecast. EURCHF continued to trade slightly above 1.2100. For the past two weeks, the pair has traded in a tight range between 1.2075 and 1.2125.