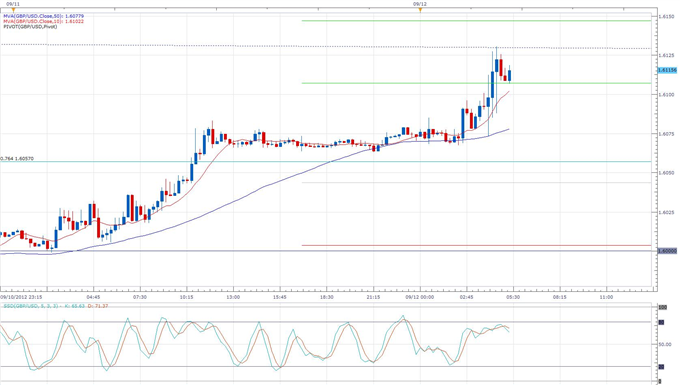 The jobless claims count among the UK population fell by the most in over two years in August. The amount of people claiming to be out of work fell by 15 thousand, and now total 1.57 million people, much better than expectations for the claim count to remain unchanged. July’s change in jobless claims was revised lower to a 13.6 thousand drop in claims, according to the UK Office for National Statistics.

However, the ILO unemployment rate for the three months that ended with July rose to 8.1%, after a brief drop to 8.0% in June. Although, employment actually rose to 236,000 over the period, the biggest increase in two years. The average weekly earnings during that 3-month period rose by 1.9%, which was slightly better than expectations for a 1.8% earnings growth.

August’s drop in unemployment is surprising when taken in contrast with the three straight quarters of economic contraction recently reported in the UK. It’s tough to say if this is a signal of an economic turnaround or an improvement that will not be sustained.

The British Pound rose with the improved employment numbers; GBPUSD climbed above the key 1.6000 figure. The next resistance could come in around 1.6129, by a year-long downward trending line.