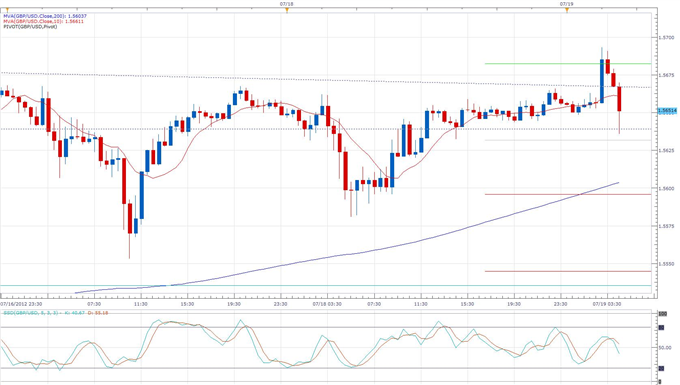 UK retail sales (excluding auto fuel) rose 0.3% in June, thereby disappointing analysts looking for a 0.4% growth. Retail sales have now grown for two straight months, but the rate of growth is down from May’s 0.9% rise, according to the Office for National Statistics. Retail sales also grew 2.2% in comparison to June 2011.

Consumers spent 32.7 billion pounds on retail goods between May 27 and June 30. Sales faired better for small stores, which grew 4.1%, while large store sales grew 1.2%. The addition of the Jubilee celebrations, which pushed a bank holiday into June, seems to not have significantly affected sales. Food store sales were down 1.1%, while total non-food store sales increased 0.9%.

While the data disappointed analyst, it did confirm two straight months of higher retail sales in the UK. This could come as a small relief in the context of the Euro crisis pressure on the UK economy. In yesterday’s release of the minutes from the July BoE meeting, it was revealed that the bank members are considering an interest rate cut, depending on assessment of the new lending program. Should the BoE cut its interest rate, it would be negative for the sterling.

The worse-than-expected retail sales did not significantly impact sterling trading. GBPUSD dropped shortly after the retail sales release, on news of a Spanish debt sale that fell short of maximum targets. Cable is currently trading around 1.5650, above a 4-month support line at 1.5639, and below a falling trend line from late May, that currently provides resistance at 1.5667.