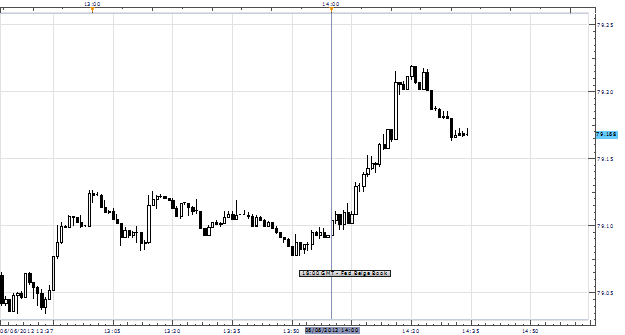 The tone in the Federal Reserve’s latest release its Beige Book was generally upbeat, with reports from the twelve Federal Reserve Districts suggesting that overall economic activity expanded at a “moderate pace” from early April to late May. The Beige Book report, which is usually released two weeks before the Federal Open Market Committee (FOMC) meets to set monetary policy, offers anecdotal evidence that helps policy makers assess the condition of the economy and actions going forward.

Manufacturing activity had continued to expand in most Districts, with most regional banks reporting gains in production or new orders, and robust demand for auto and steel manufacturing. In terms of consumers and the housing market, household spending was unchanged or modestly positive in most Districts, while activity in residential real estate markets had improved since the last report. Several regional banks noted consistent indications of recovery in the single-family housing market, though recovery is “fragile”. New home and commercial real estate construction had picked up, and outlooks were positive overall, although there were a few reports of increased uncertainty from “still unknown U.S. fiscal changes” and Europe’s debt crisis.

On the labor market front, hiring was steady or showed a modest increase, with hiring strongest in the manufacturing, construction, information technology and professional services sectors. Overall upward wage pressures continued to be fairly modest. In terms of price pressures, inflation was modest across most Districts, with selling prices stable or somewhat softer since the last report, and cost pressures easing as energy prices fell.

Overall, the report reflected steady improvement by the U.S. economy, with upward trends in manufacturing activity, consumer spending, construction and housing activity, and modest growth in the labor market. The upbeat conditions reported are likely to dampen the likelihood of another round of stimulus by the Federal Reserve at its next FOMC meeting, which is scheduled for June 20, 2012.

The greenback surged against the Japanese yen in the minutes following the latest release of the Fed’s Beige Book, as the upbeat tone of the report dampens speculation for another round of easing by the Fed. At the time of this report, the USDJPY pair was trading higher at 79.17 yen.