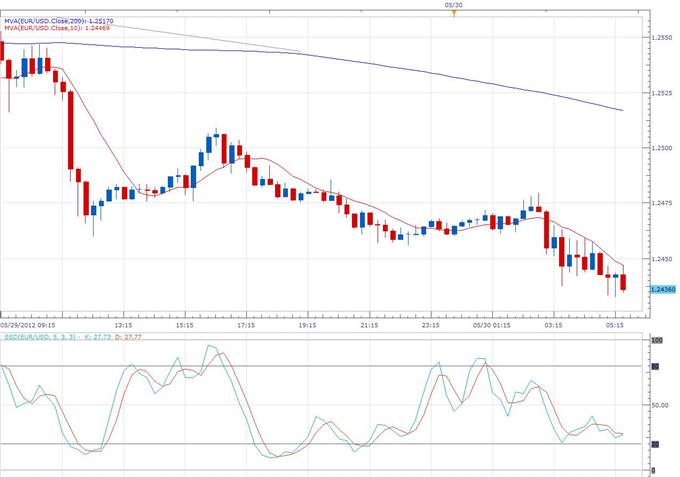 Eurozone economic sentiment dropped to a two and a half year low, as the measure for May came in at 90.6, much lower than the expected 91.9, and a 2.3 point drop from April’s revised sentiment. Consumer confidence rose in the Eurozone to -19.3 as expected, compared to -19.9 in April.

Last week, the economic confidence for the entire European Union was reported as falling by 2.7 points during May to 90.5, as reported by the European Commission.

The economic sentiment dropped in Italy by -4.3, in France by -1.5, and even in the uniquely economically stable Germany by -1.4. Industry confidence deteriorated by -2.3 in the Eurozone based on lower managers’ assessments of their companies’ current levels of order books as well as lowered production expectations.

Consumer confidence rose during May on improved expectations for the general economic situation and less unemployment fears.

The data comes at the end of a month that has been packed with economic worry over the heightened prospect of Greece leaving the euro by year’s end. The market showed further fear today following the resignation of Bank of Spain Governor Miguel Angel Fernandez Ordonez. Ordonez was facing criticisms for nationalizing the struggling Bankia group, and following the resignation news, the Euro dropped and Spanish 5-year bonds yields rose to record 6% highs.

EUR/USD continued its decline to new 2-year lows following the news; seemingly less moved by the data itself and more affected by the general sense of fear around the Spanish bank crisis.